auroras is pleased to present a solo exhibition of new work by Melvin Edwards from November 8th to December 15th 2019, at Museu de Arte Moderna Bahia, in Salvador. The exhibition shows a series of works produced by the artist in Brazil earlier this year. The works on view illustrate the full breadth of Edwards’ practice. Born in Texas in 1937, Edwards came of age during a time of intense racial segregation. His abstract sculptures often feature recognizable agricultural implements and tools, which recall his childhood in the southwestern United States, as well as chains, railroad spikes, and scrap metal. In these new works—all created from locally sourced materials—Edwards capitalizes on the potential of these objects to evoke histories of slavery, violence, industry, and creativity while simultaneously reflecting on African cultures and their development in Brazil. Like Edwards’ sculptures, his new installations draw on the multivalent nature of materials, imbuing barbed wire and other elements with wide-ranging narratives from agriculture to oppression. Using wire to “draw in space,” the artist invents a disembodied architecture in which abstraction coexists with historical and societal concerns. Distinct from Melvin Edwards’ 2018 exhibition at MASP, which centered on his series of Lynch Fragments, the exhibition at auroras celebrates the artist’s extraordinary range as a sculptor by foregrounding his politically engaged approach to abstraction through a diverse range of sculptures, installations, and works on paper. Communicating complex sociopolitical issues, Edwards’ new work has added resonance and urgency in our present moment.

The exhibition is organized in collaboration with Alexander Gray Associates. 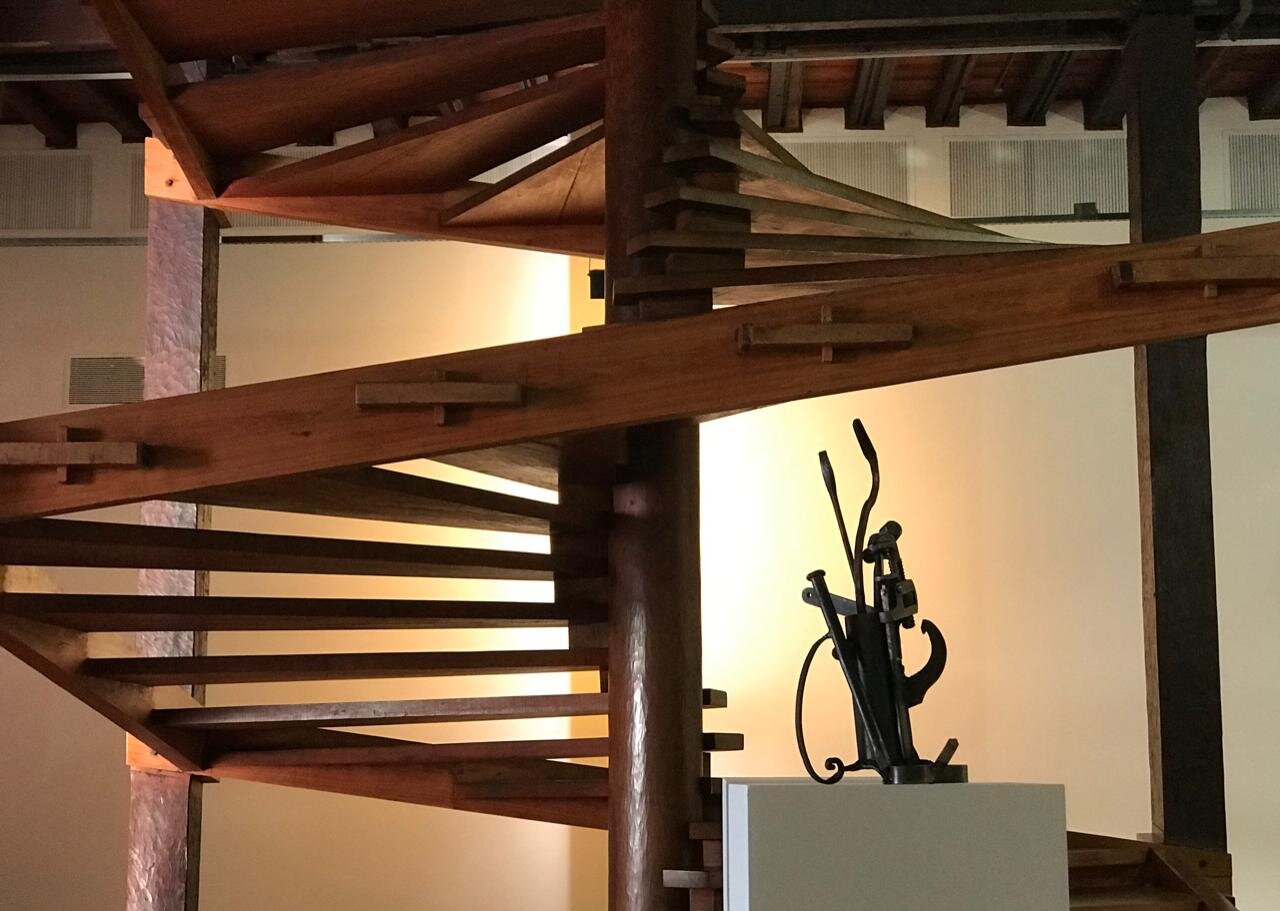 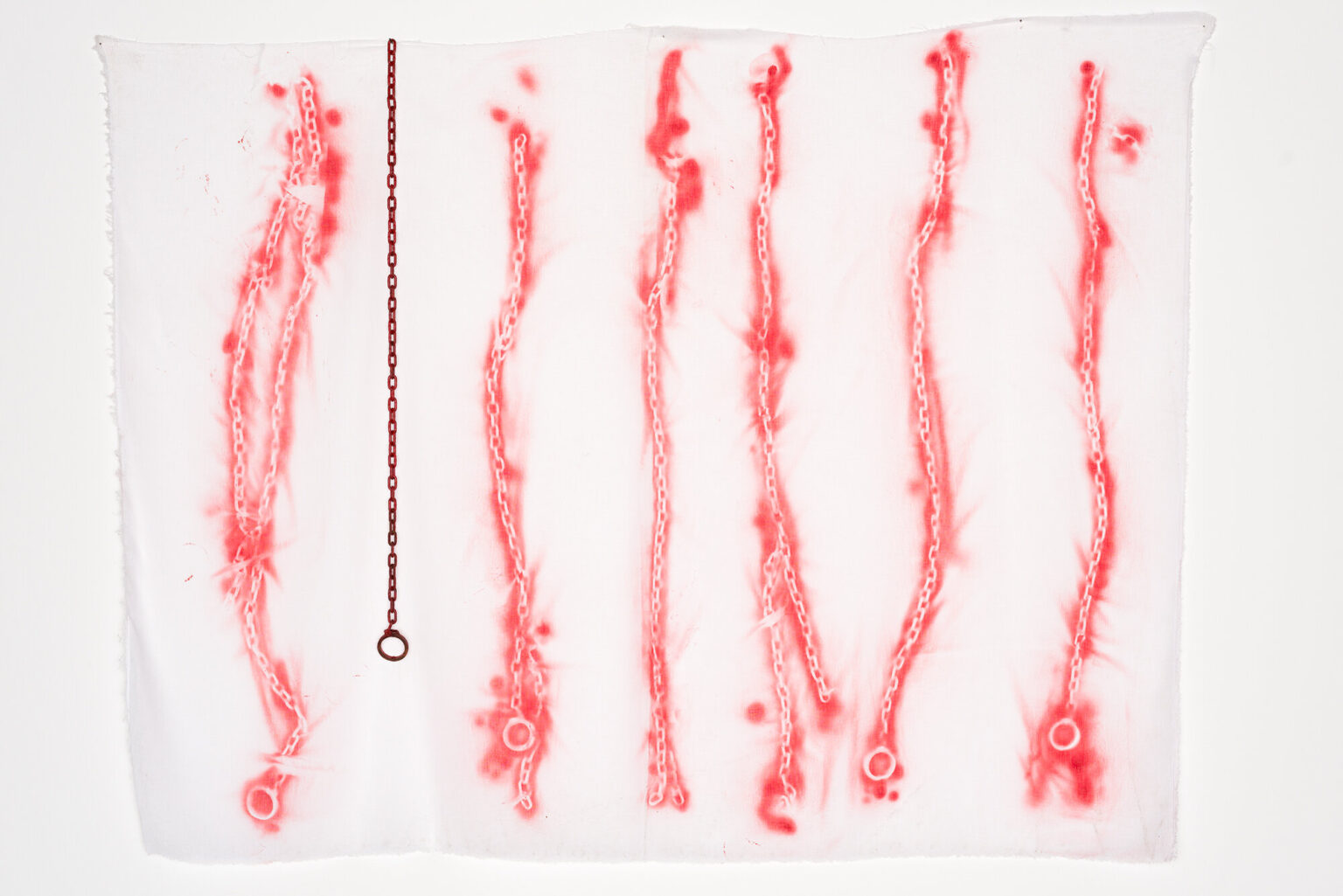 Another line, 2019
chain, spray on linen
About the artist

Melvin Edwards (Houston, Texas – 1937) is an American artist and professor working since early 1960’s, when he presented his first solo exhibition at the Santa Barbara Museum of Art in California. A graduate of the University of Southern California, he was the first African- American artist to have an individual show at the Whitney Museum of American Art in 1970. His research on the visual culture of the ‘third world’ also took him to Morocco, Brazil, China and Cuba from the receipt of the Guggenheim Foundation Fellowship, specifically the Fulbright Fellowship to Zimbabwe. He taught between 1964 and 2002, teaching at Rutgers University from 1972 to 2002, and at Connecticut University. In 2014, he received an honorary doctorate from the Massachusetts College of Art in Boston. Solo shows include Melvin Edwards: Lynch Fragments at the Museu de Arte de São Paulo (São Paulo, 2018), Melvin Edwards: Five Decades at the Columbus Museum of Art (2016) and the Nasher Sculpture Center (2015); Melvin Edwards Sculpture: A Thirty-Year Retrospective 1963 – 1993, an itinerant retrospective at the Nueuberger Museum of Art (1993), The Art Museum of Florida and the Hood Museum of Art (1994) ; Walker Art Center (Minneapolis, 1968). He took part in the 11th Mercosul Biennial, (Porto Alegre, 2018); Soul of a Nation: Art in the Age of Black Power, Tate Modern (London, 2017); All the World’s Futures, The Venice Biennale (Venice, 2015); African-American Artists and Abstraction, National Museum of Fine Arts (Havana 2014); Now Dig This! Art and Black Los Angeles, 1960-1980, MoMA PS1 (New York, 2012); Valencia Biennial (Valencia, 2007); Ante America (Colombia, Venezuela, USA, Costa Rica, 1992). His work is present in important collections around the world, such as the Metropolitan Museum of Art (New York); MoMA – Museum of Modern Art (New York); Los Angeles County Museum of Art (Los Angeles); Afro-Brazilian Museum (São Paulo); Museum of Fine Arts (Houston); San Francisco Museum of Modern Art (San Francisco); Tate Modern (London); Whitney Museum of American Art (New York), among others.