“Retransformations of Gretta Sarfaty” is the solo exhibition of the Greek-Brazilian artist Gretta Sarfaty at auroras, presenting a collection of her works created in the late 1970s. A large set of photoliths and paintings were selected to demonstrate how Gretta Sarfaty began her artistic career, simultaneously involved with a world of popand neo-expressionist references, experimentation with new media of image reproduction – such as video – and addressing questions about the condition of women in contemporary society.

All these layers are re-articulated in an obsessive creative process around the image of her face and body, both are provoked to transform themselves continuously. Whether to explode with the stereotypes projected on women, or for the search for something that the artist defines as “feminine identity”. Gretta developed a body of works that appropriates repetition with subtle modifications to overflow the plasticity of images and categories of femininity, the limits of exteriority and intimacy. Visual records of an internal elaboration to understand her place in the world, which is never stable, but also threatens imprisonment.

This is an exposition in positive and negative by Gretta Sarfaty. After the re-edition of her book “Auto-Photos” (2021, originally published in 1978) with photographs from the series “Auto-Photos (1975), “Transformations” (1976-77) and “Diary of a Woman” (1977), the exhibition presents the original photoliths that were reproduced in the book and from which Gretta formulated her retransformations through drawing and painting. The exhibition will also feature historical material available in the library, with some publications and photographs from the period in which the artist’s works were first received, referring to their circulation in Italy, France and Brazil. “Retransformations of Gretta Sarfaty” is organized in partnership with Central Galeria and curated by Tálisson Melo. 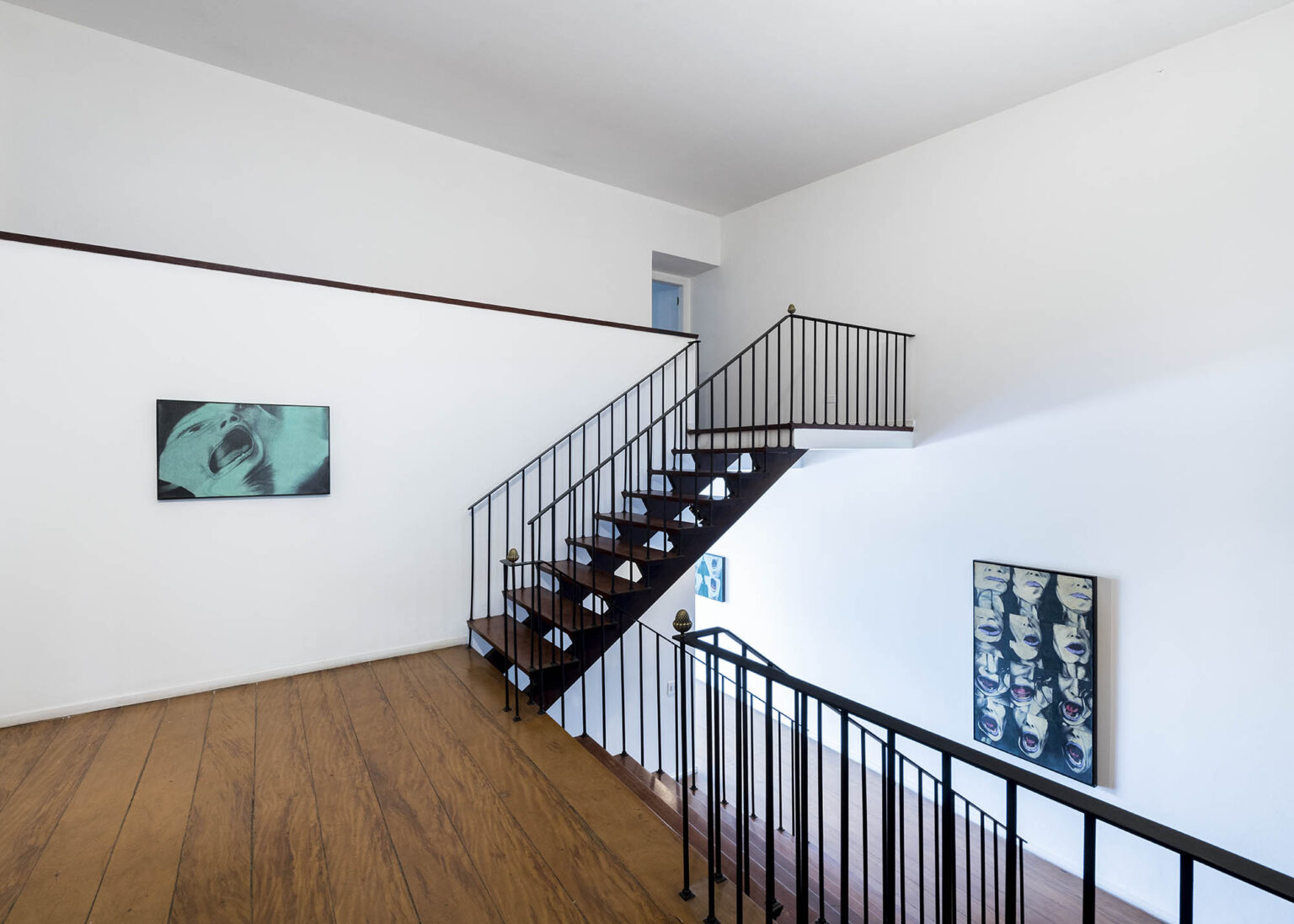 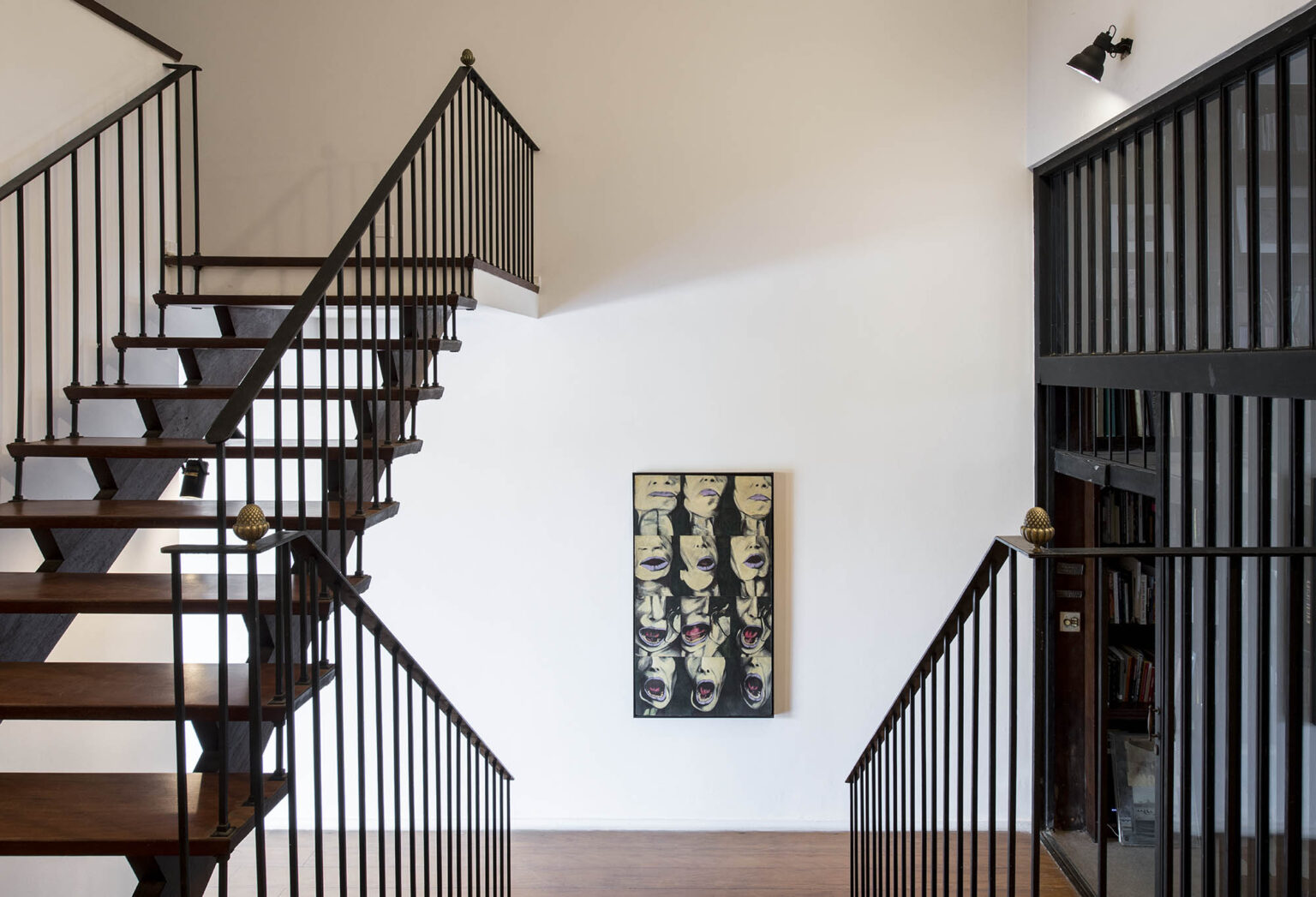 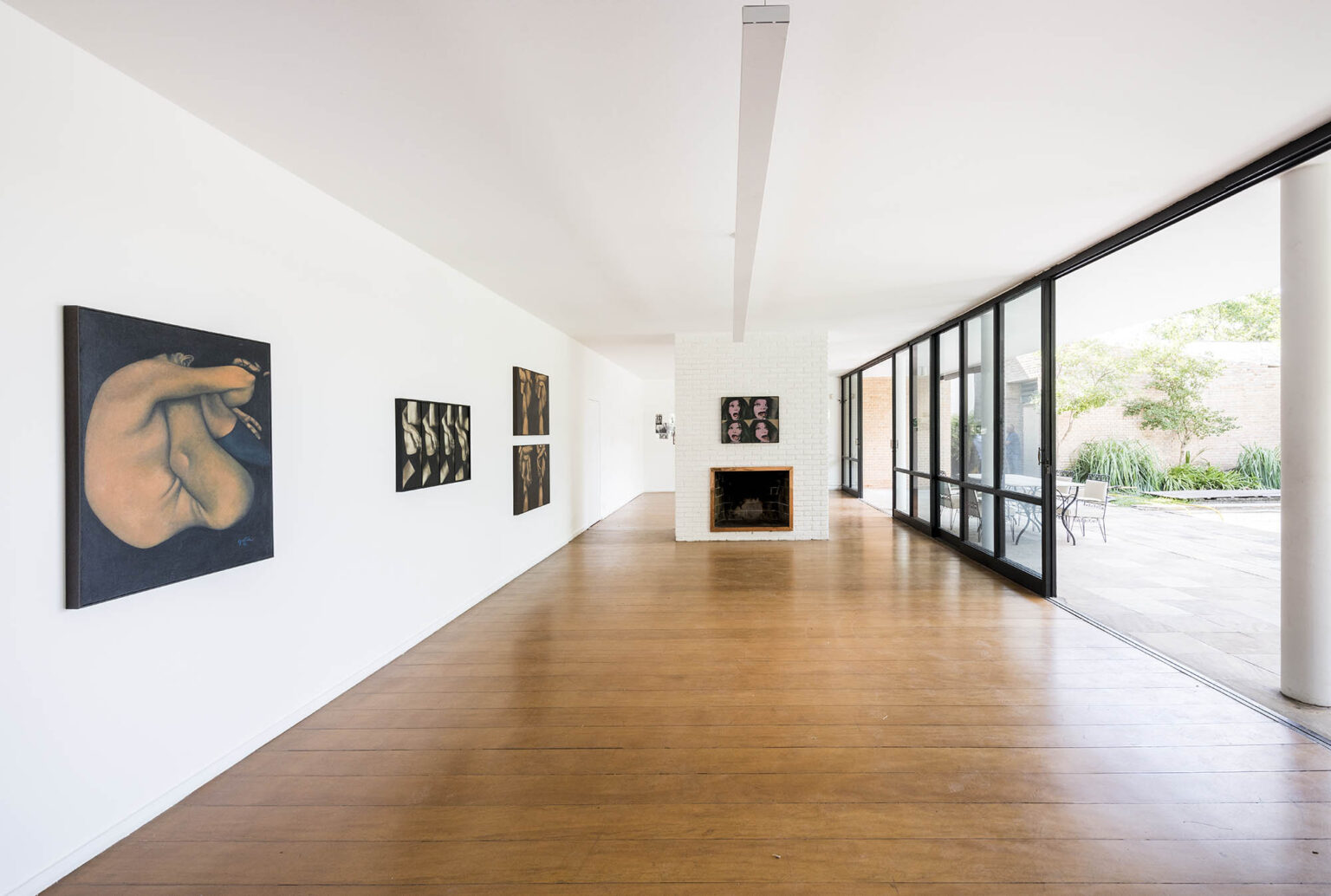 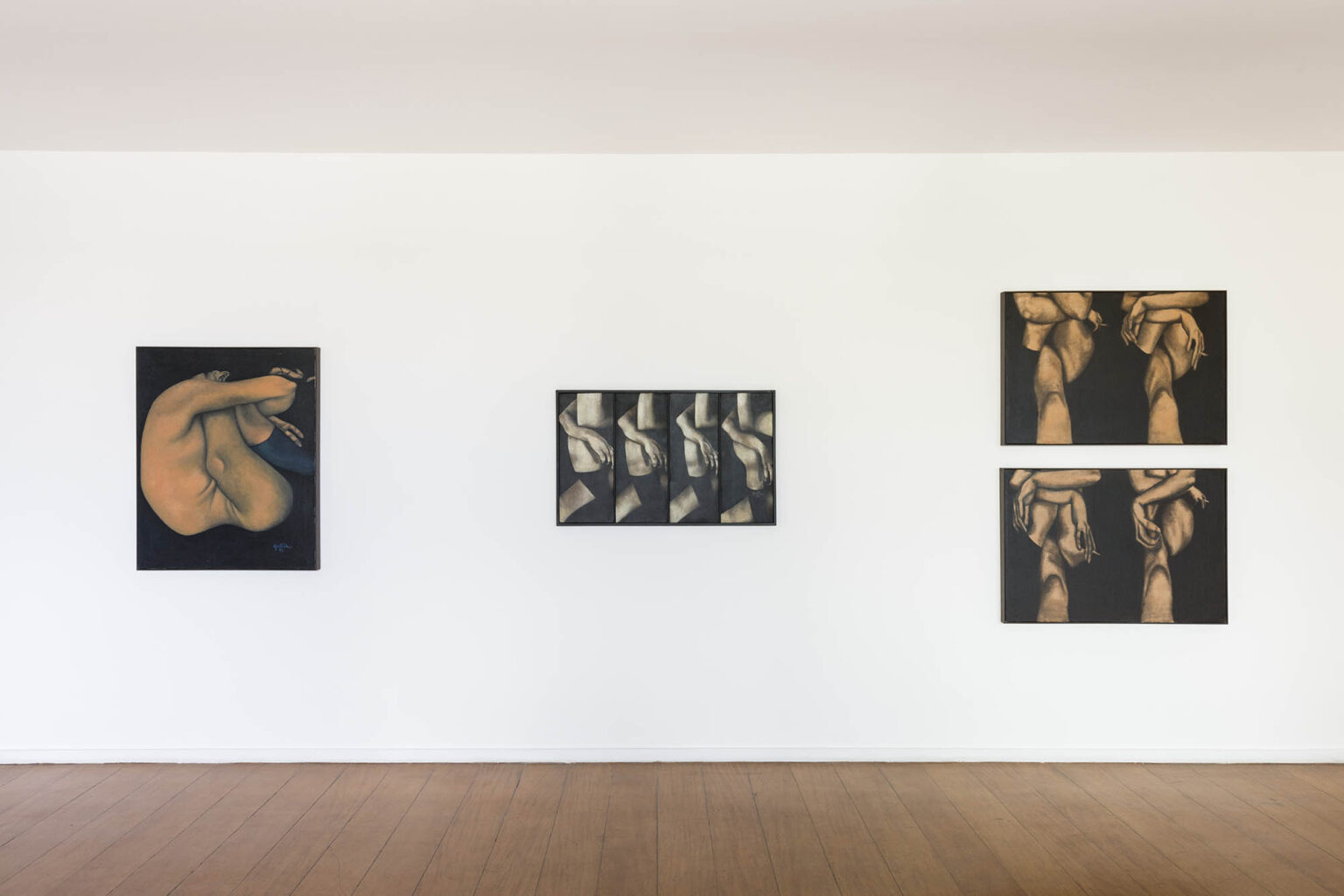 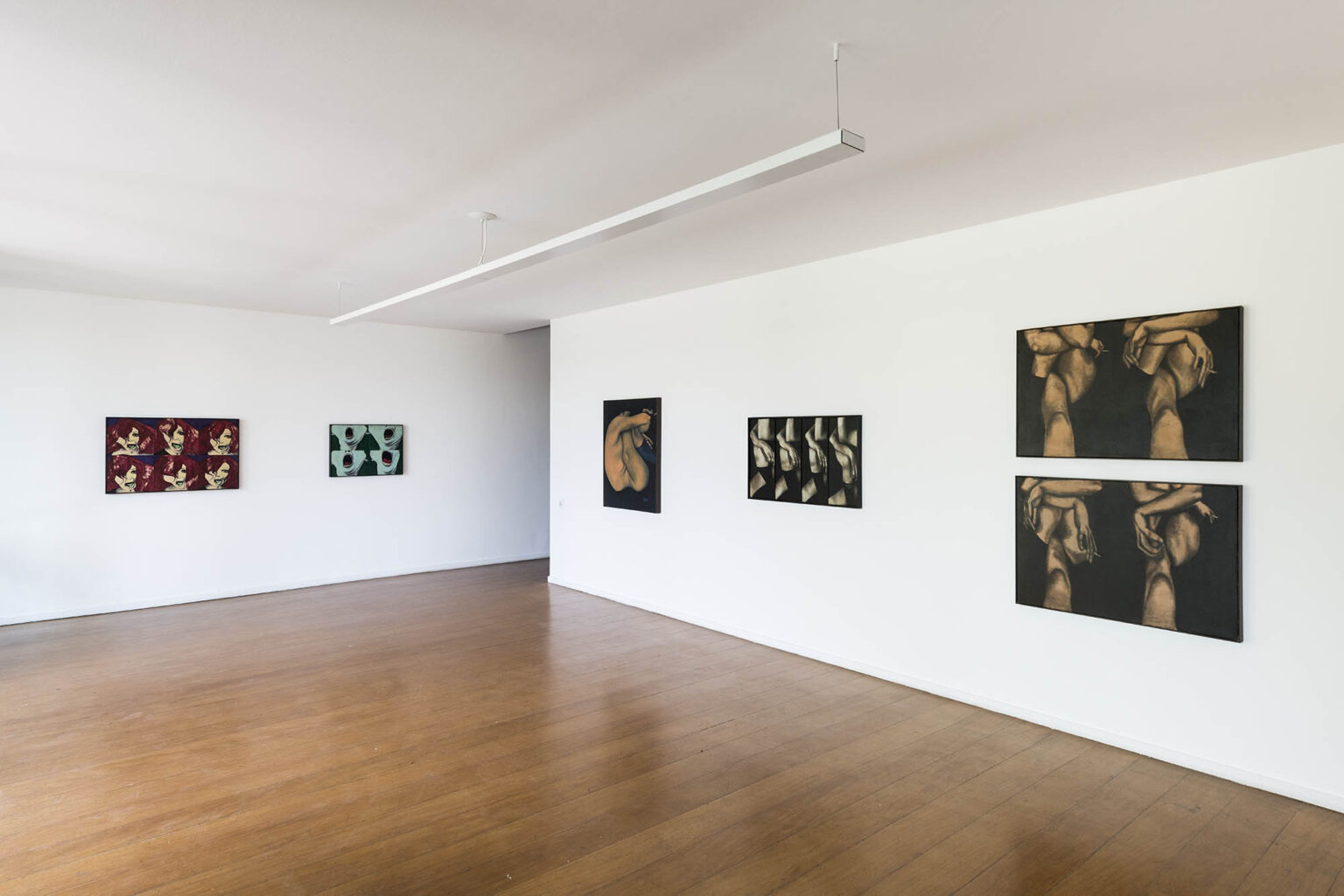 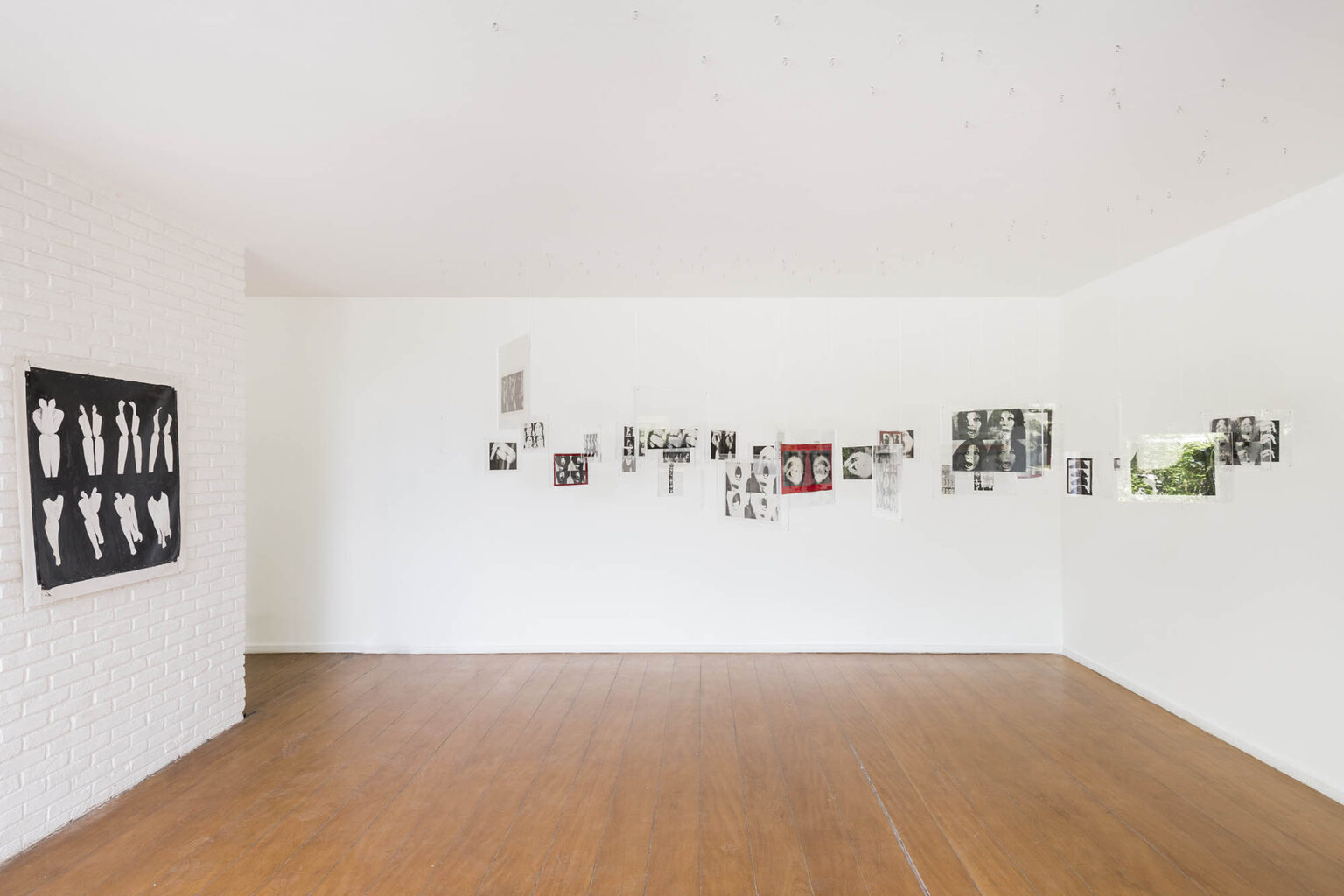 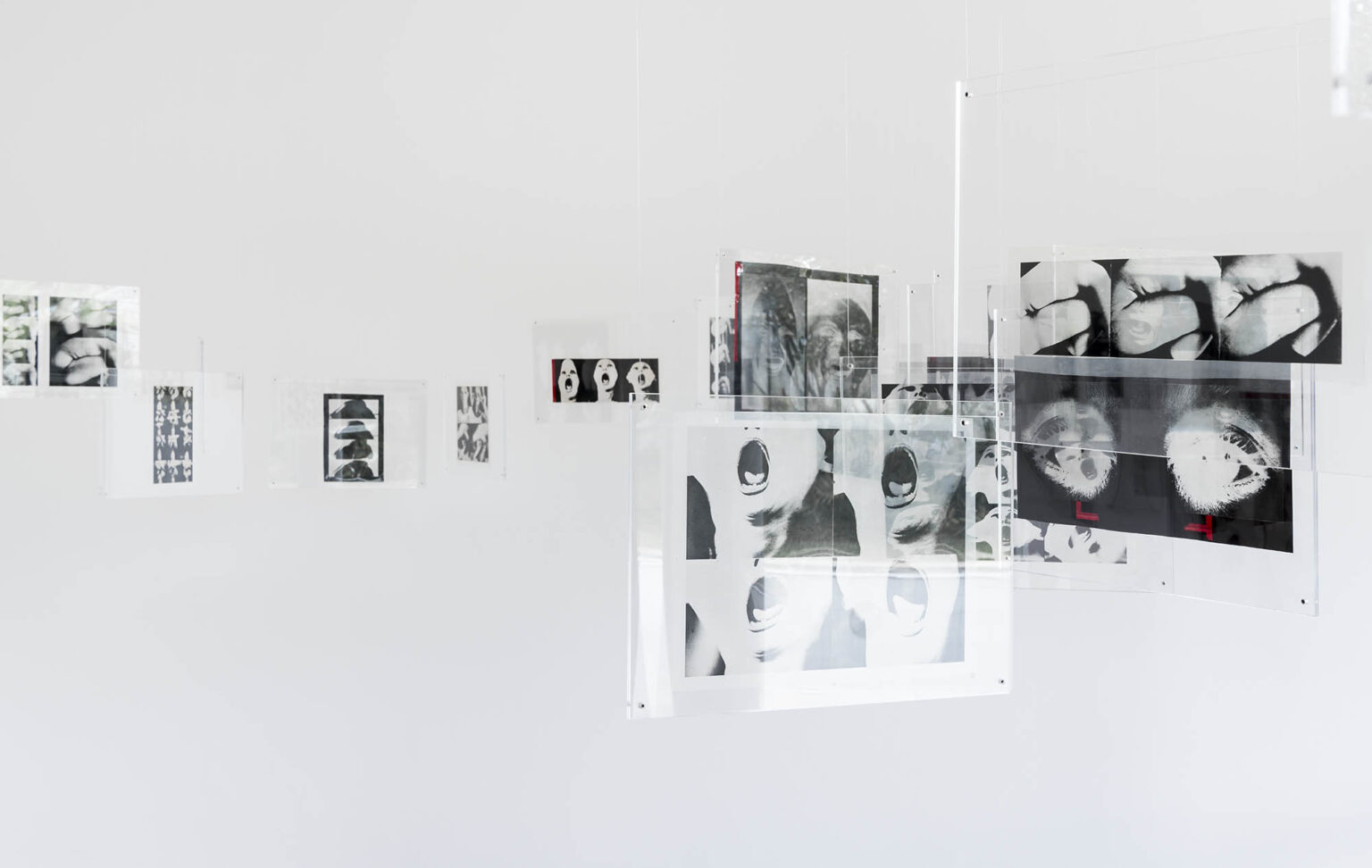 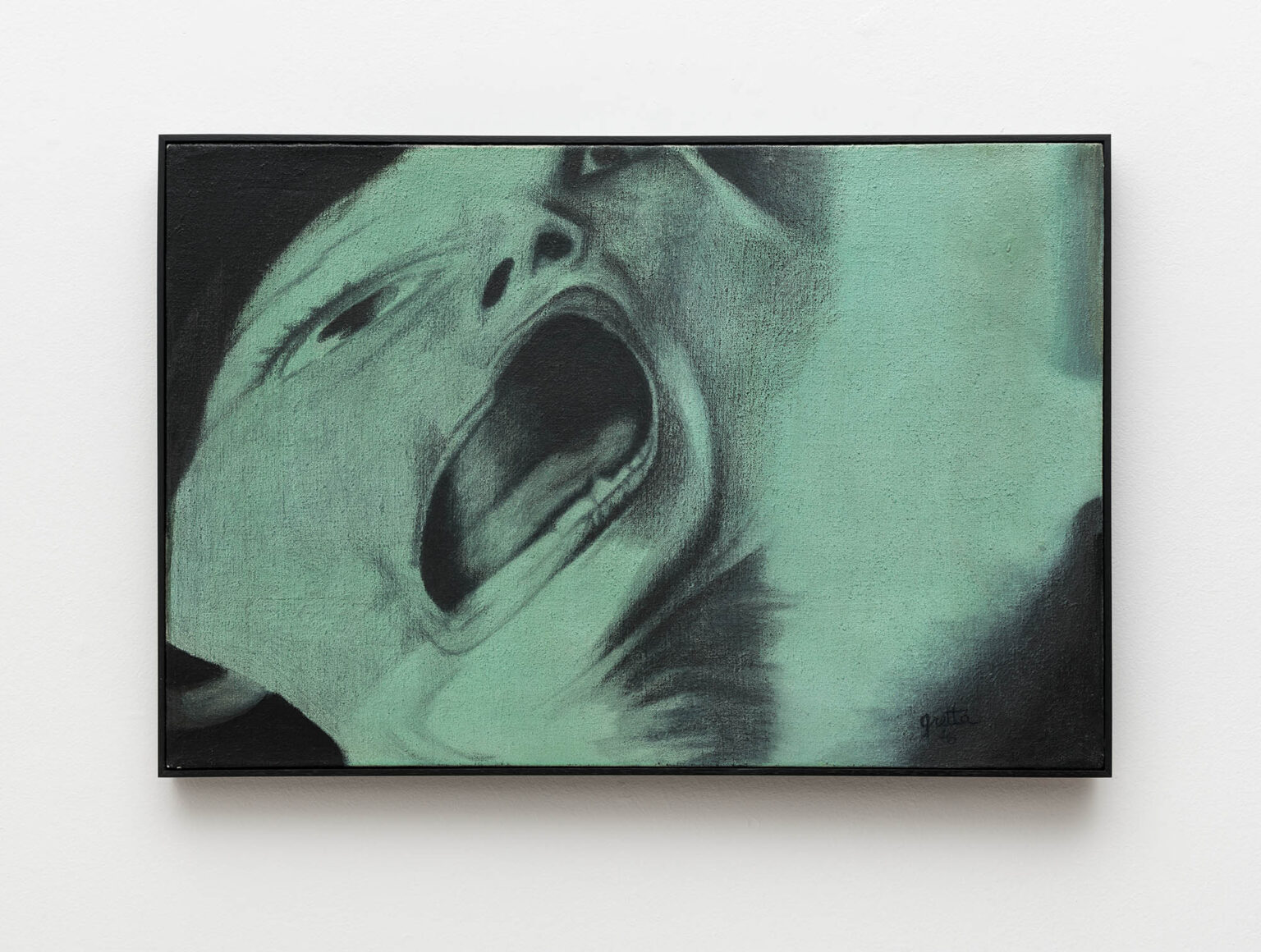 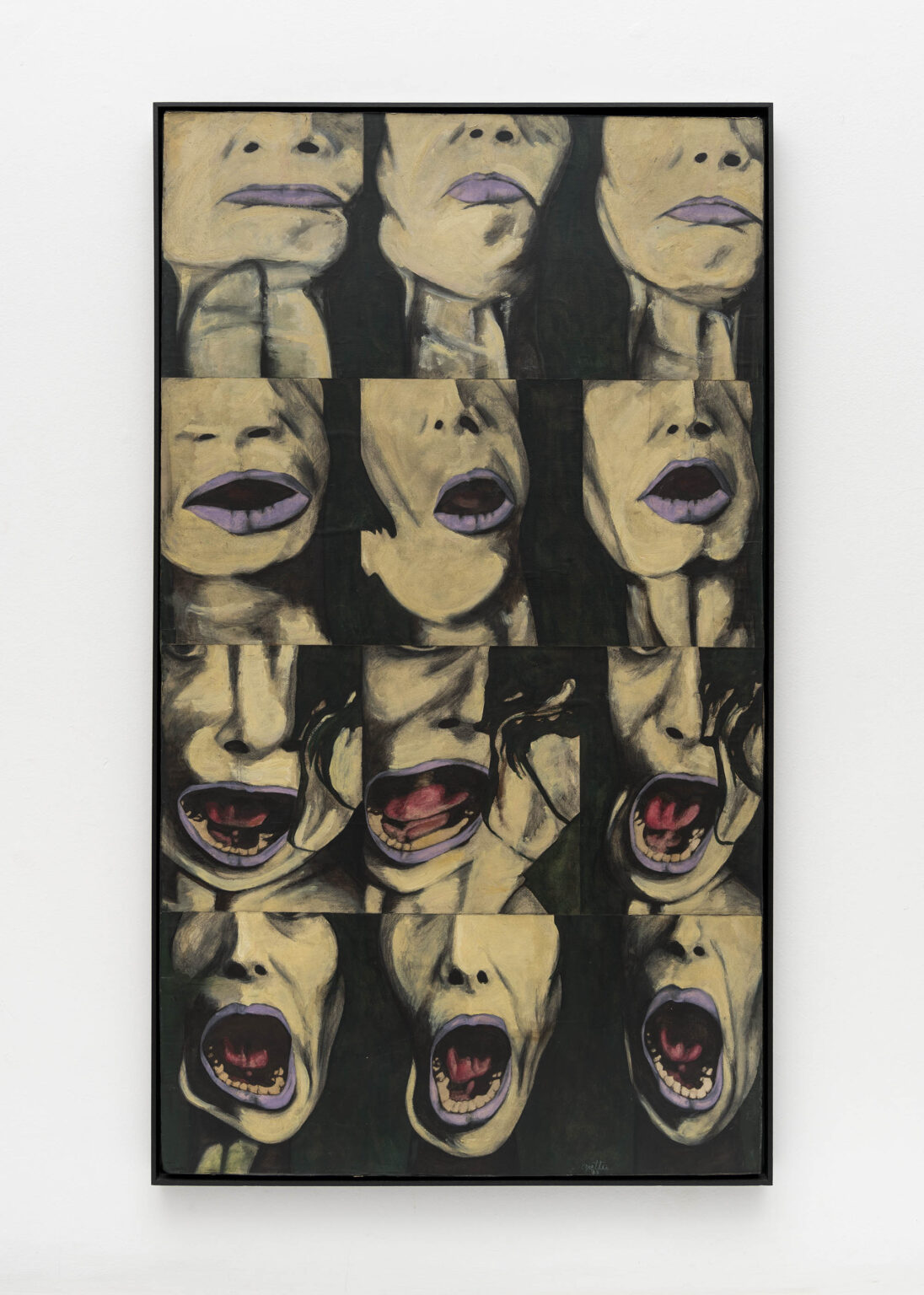 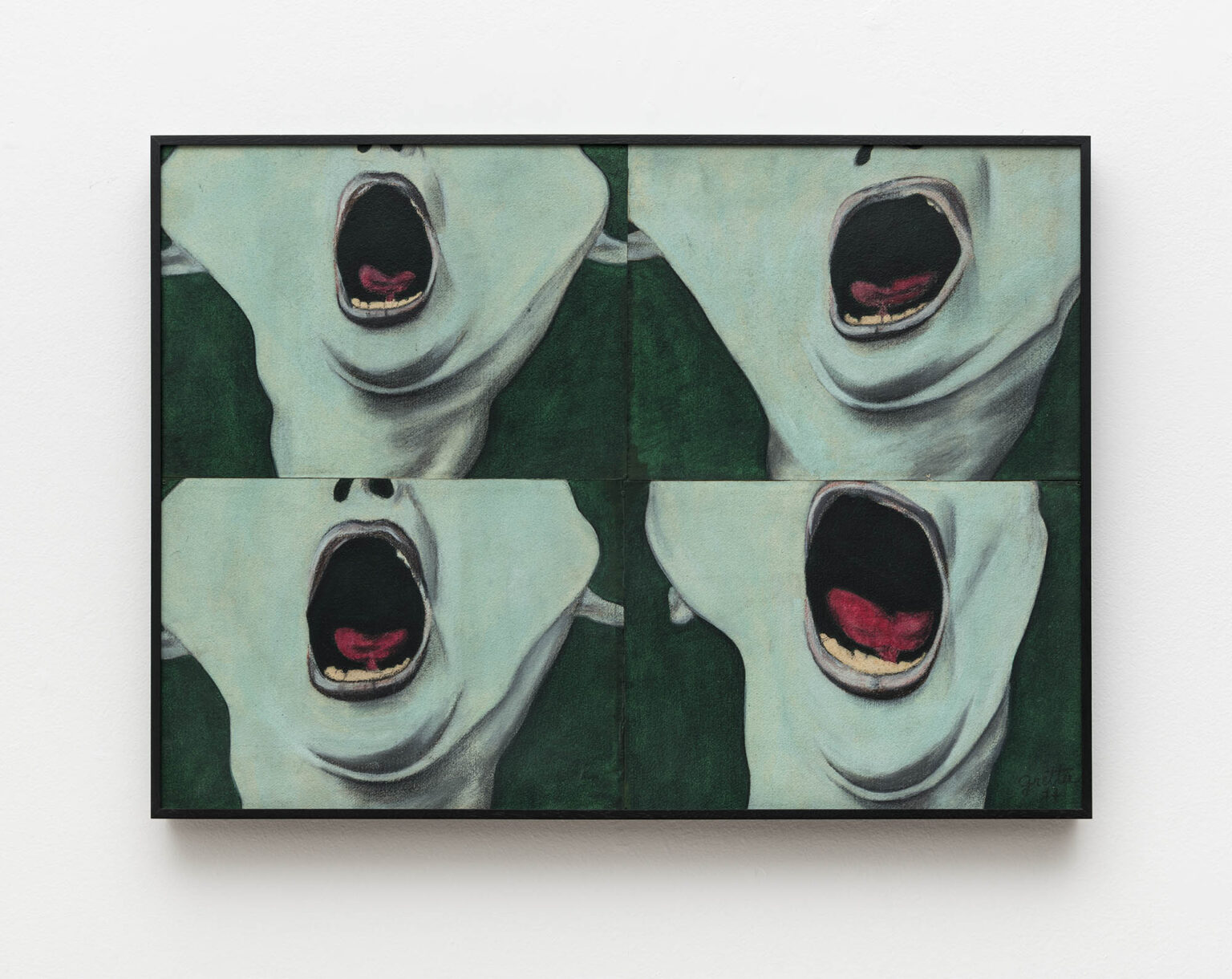 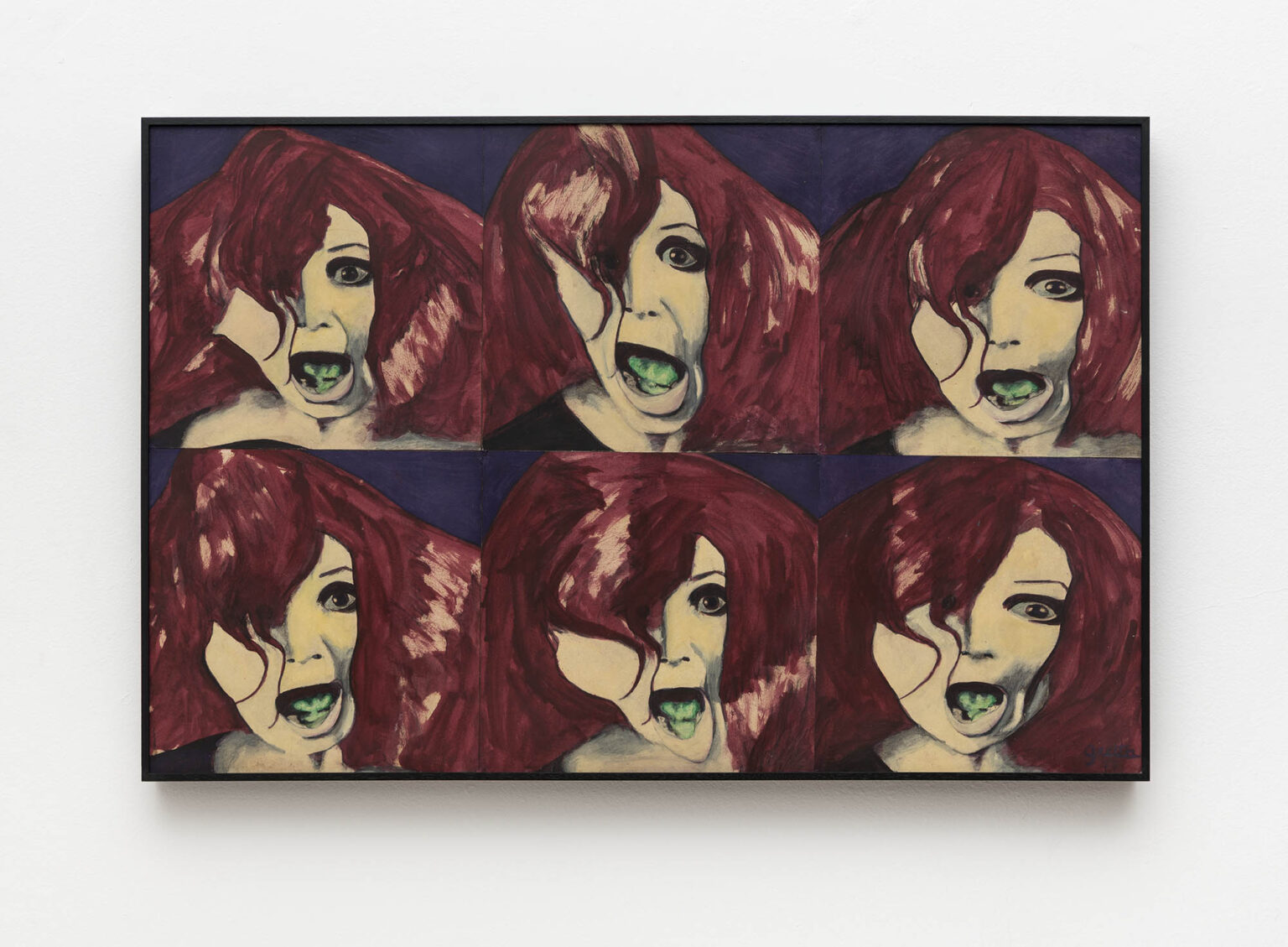 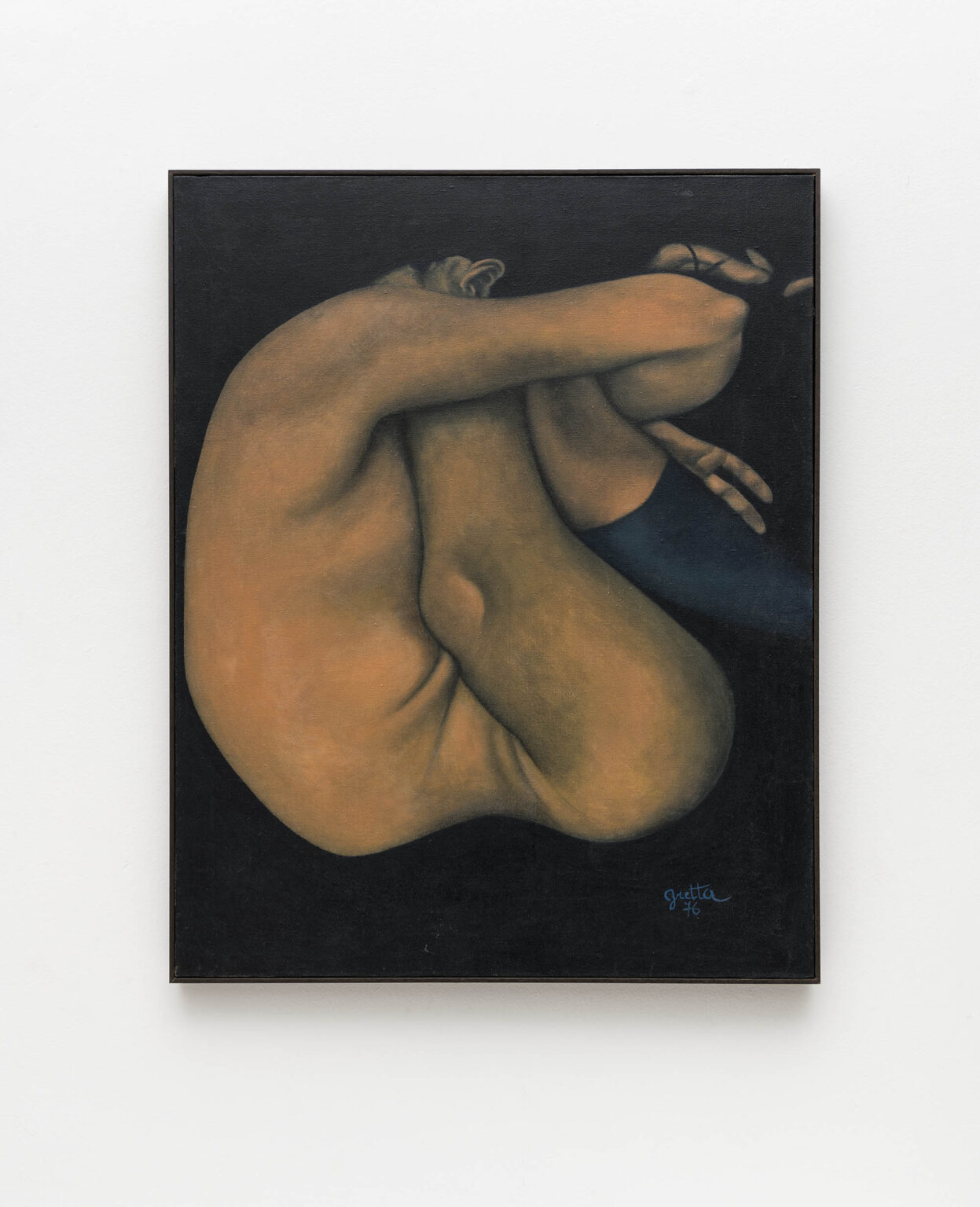 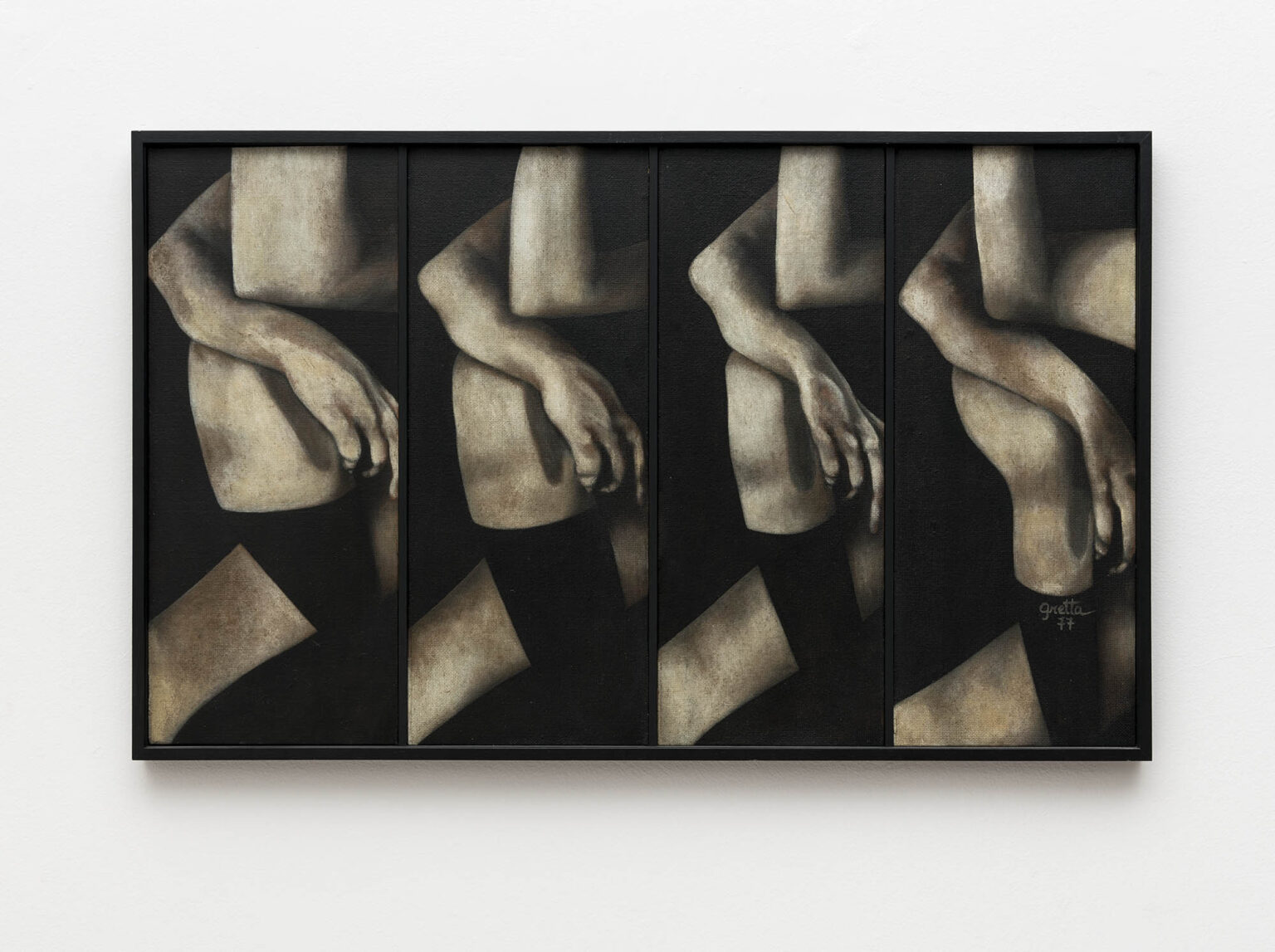 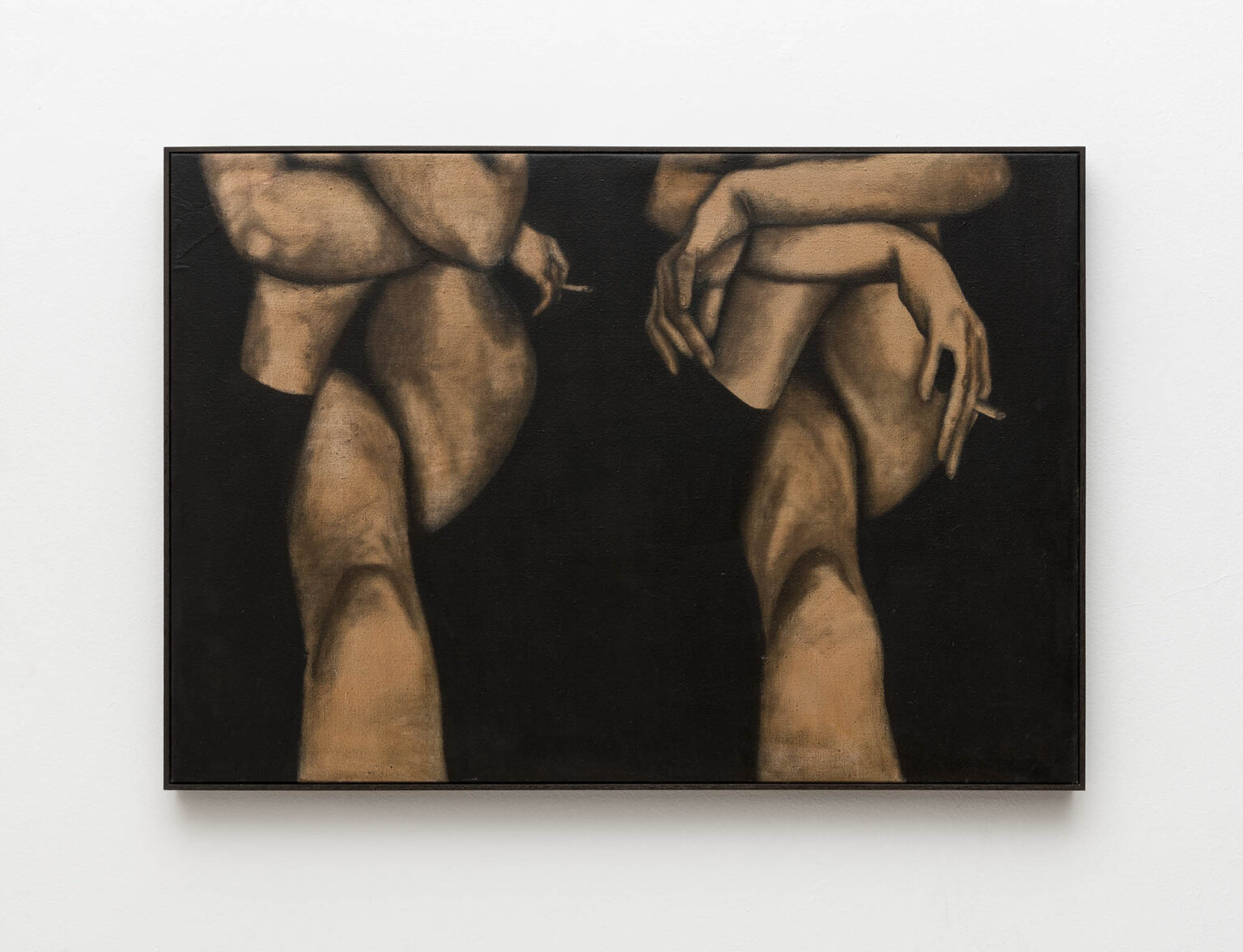 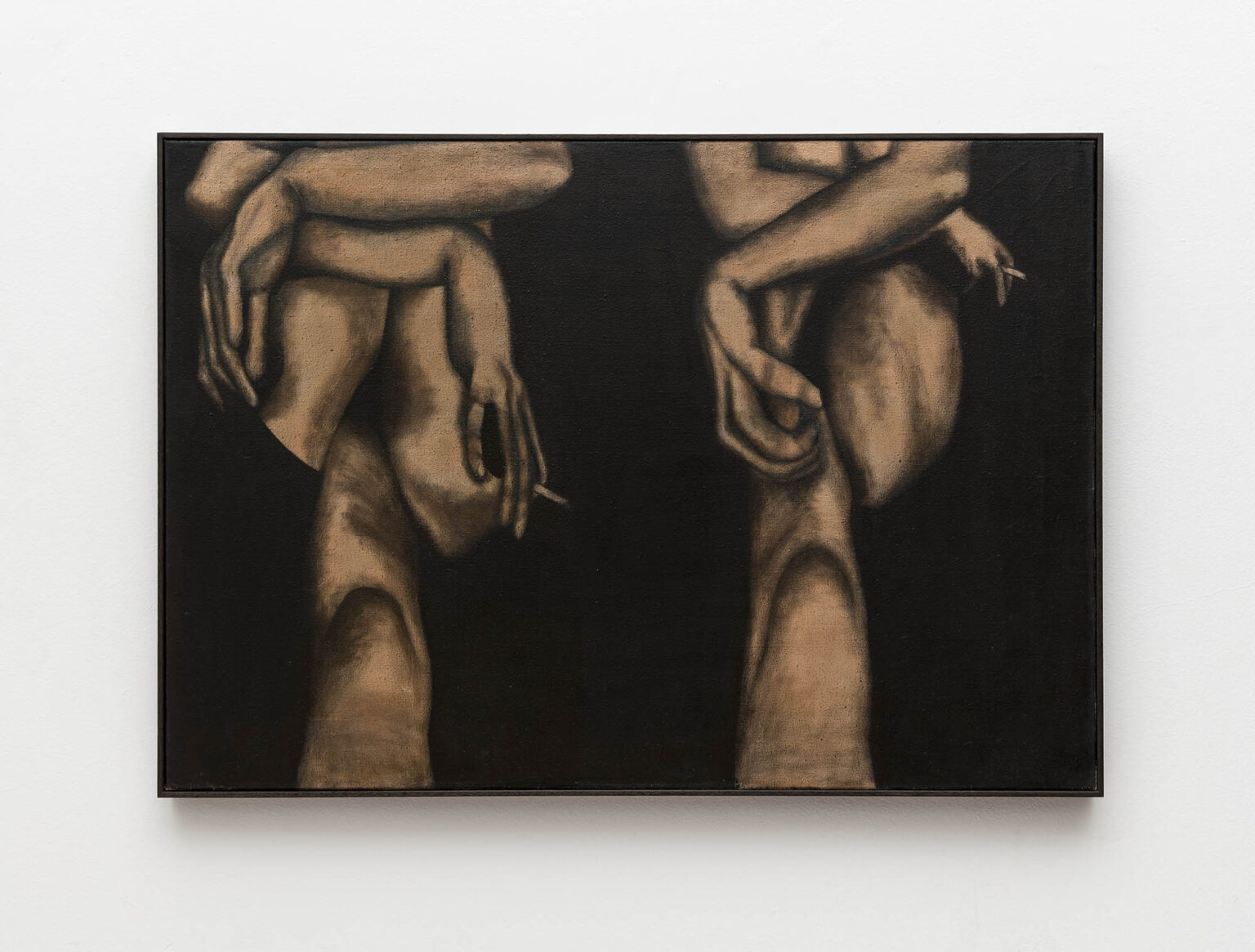 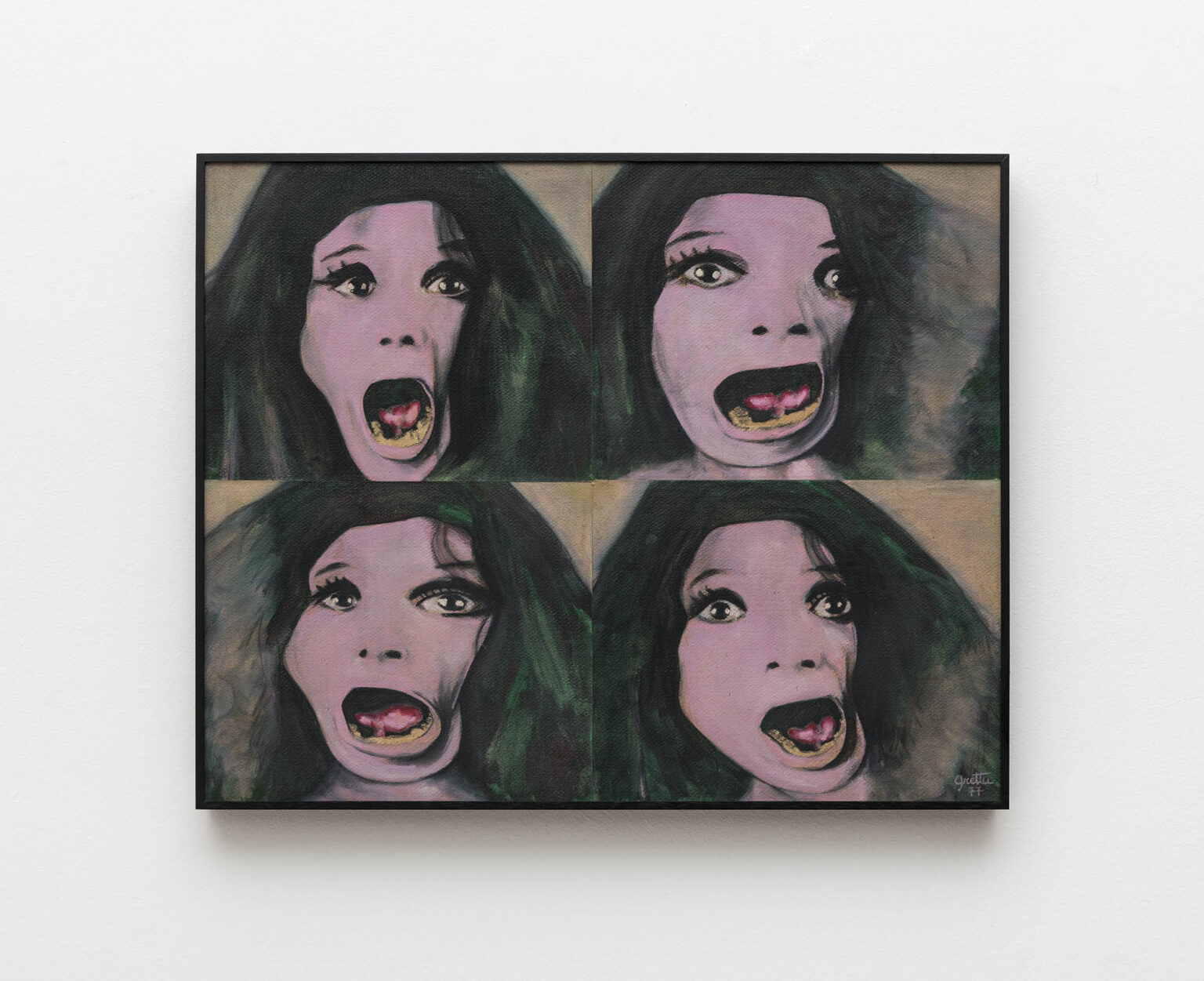 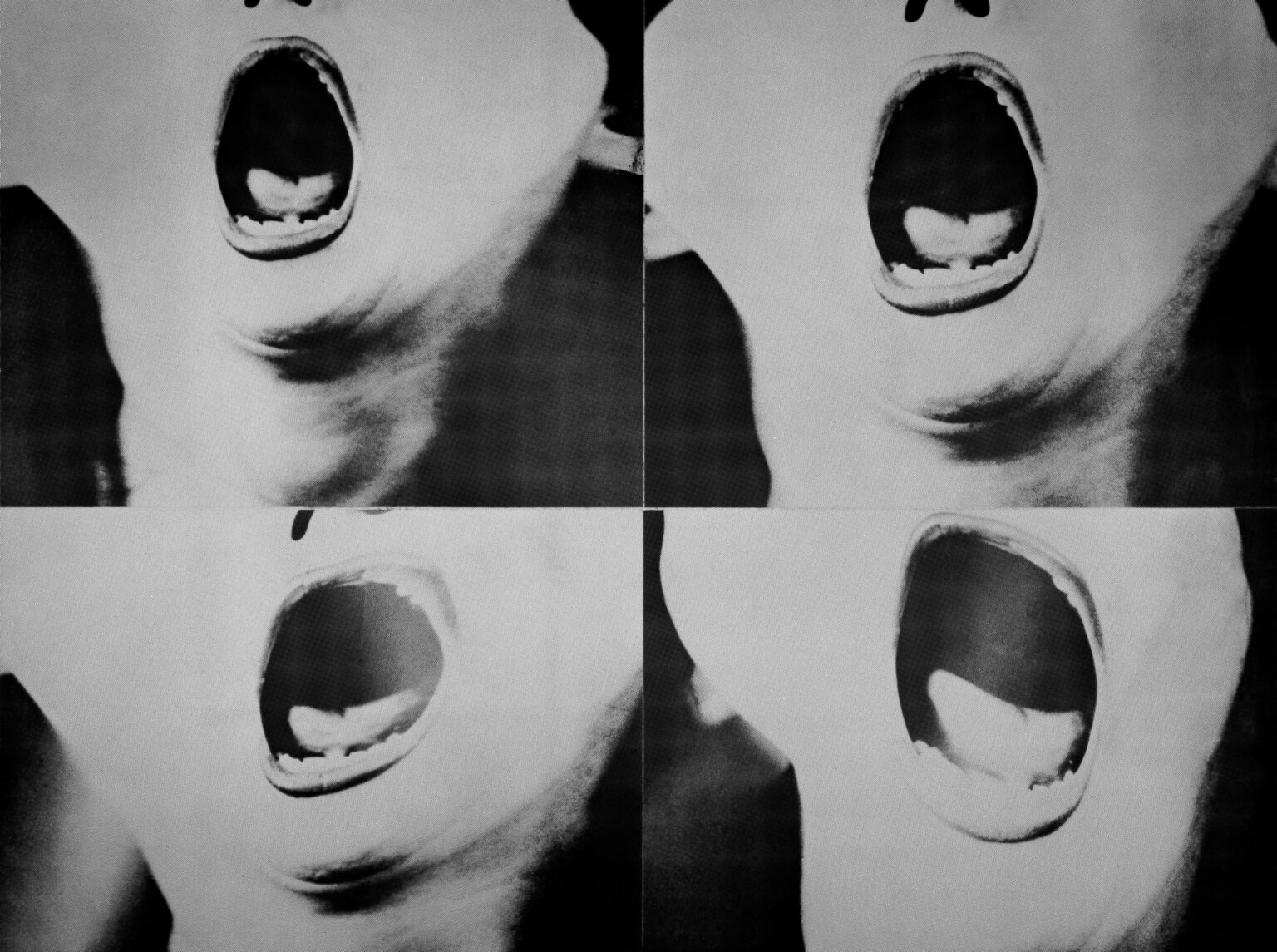 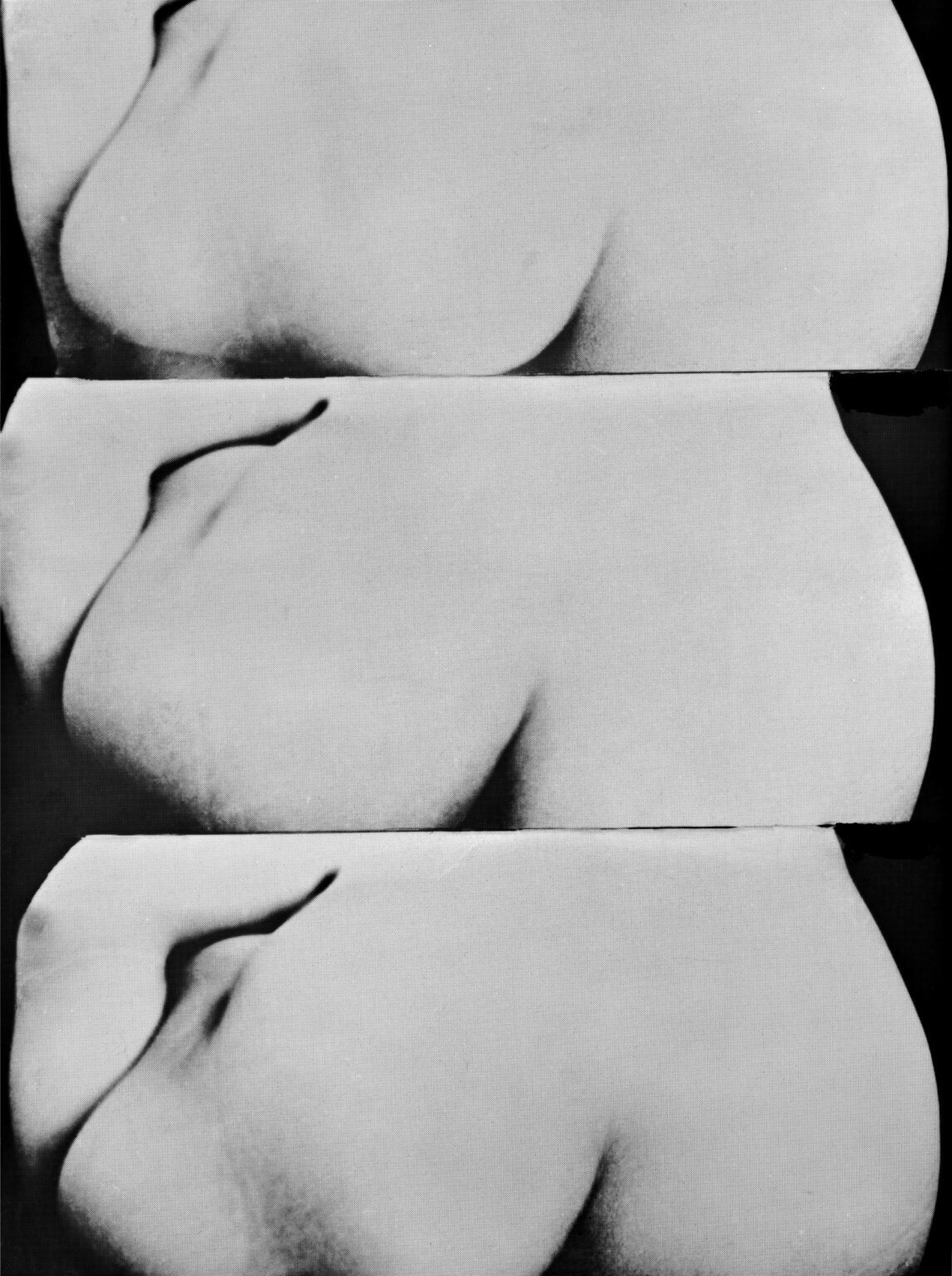 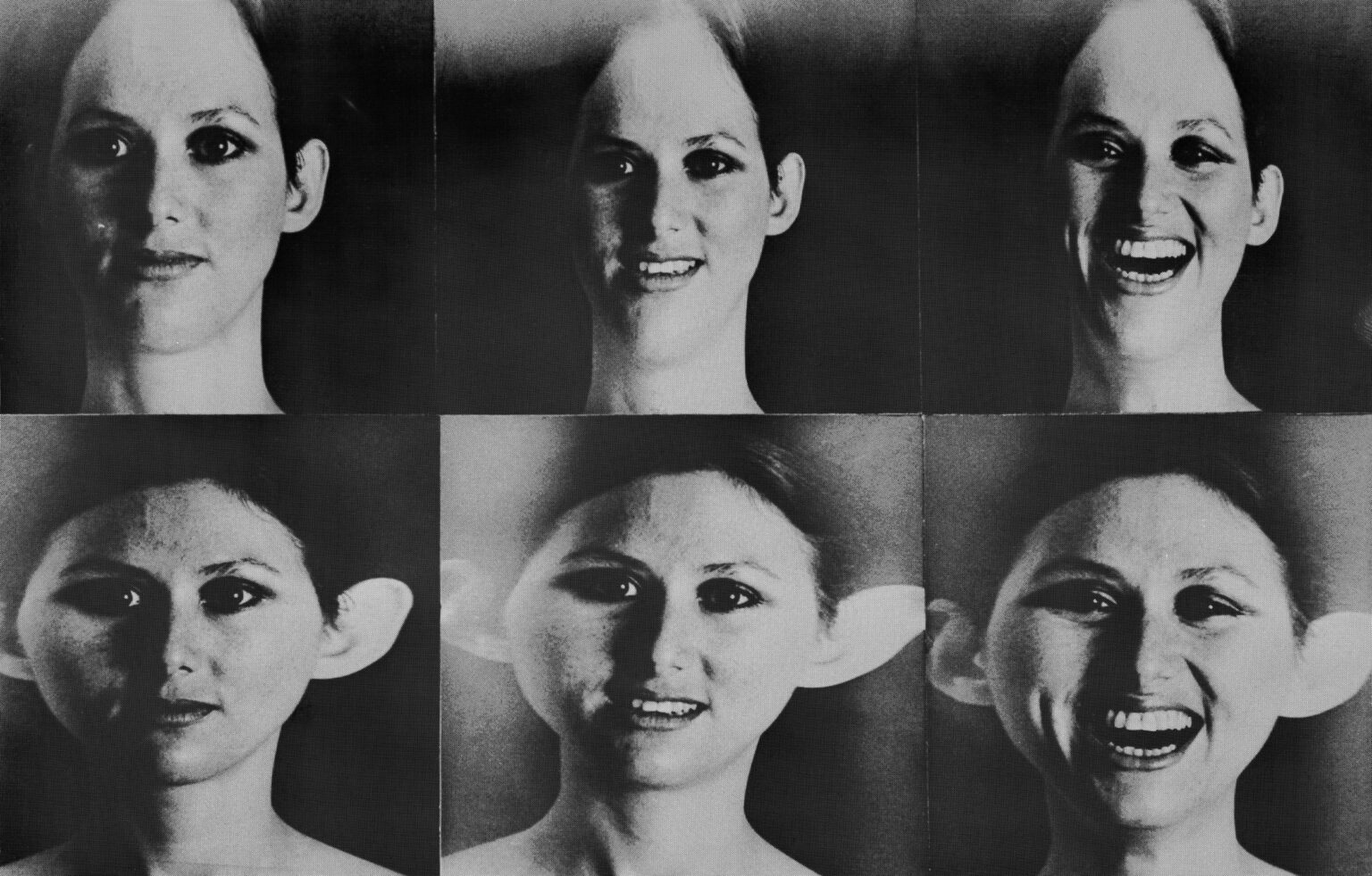 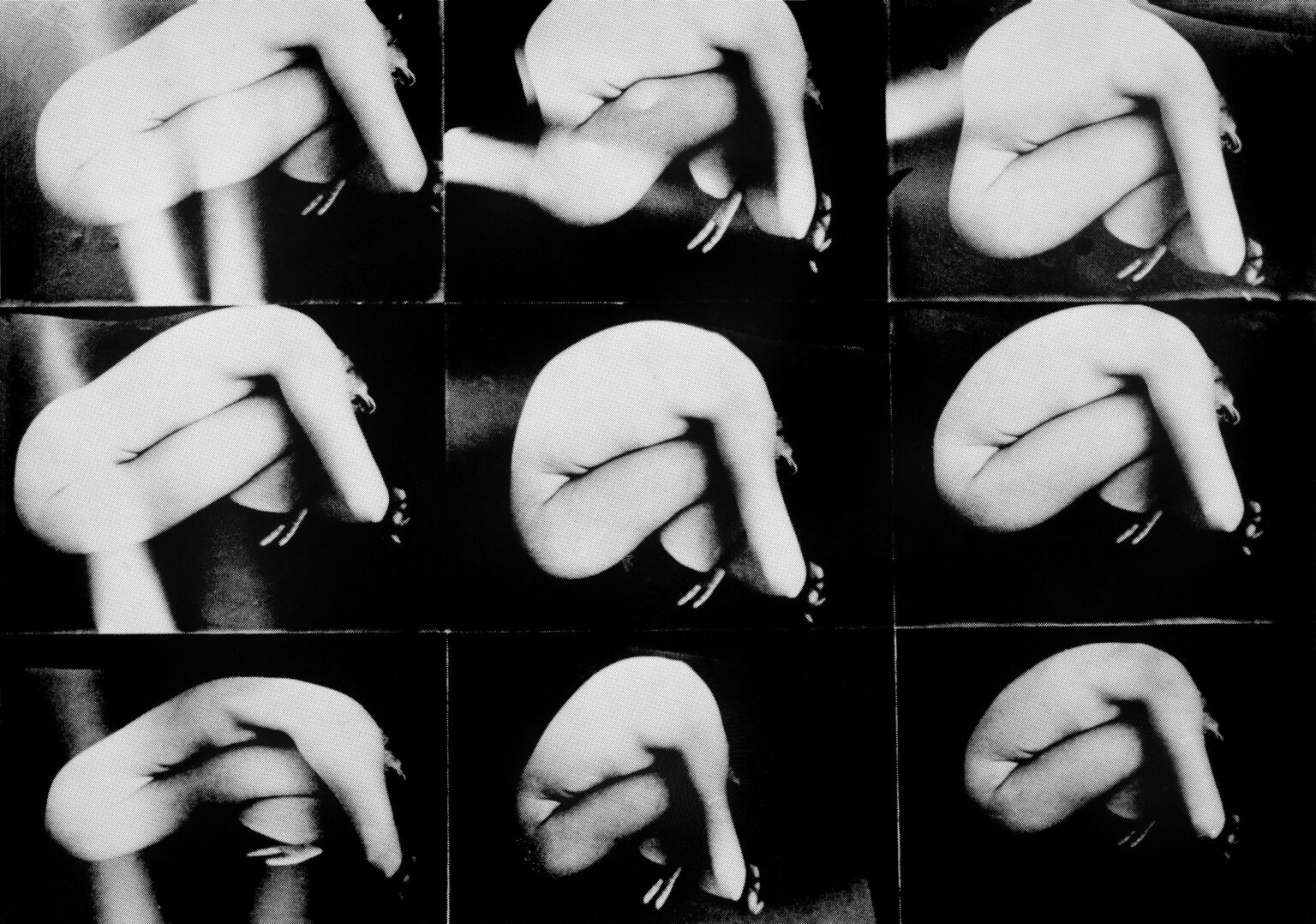 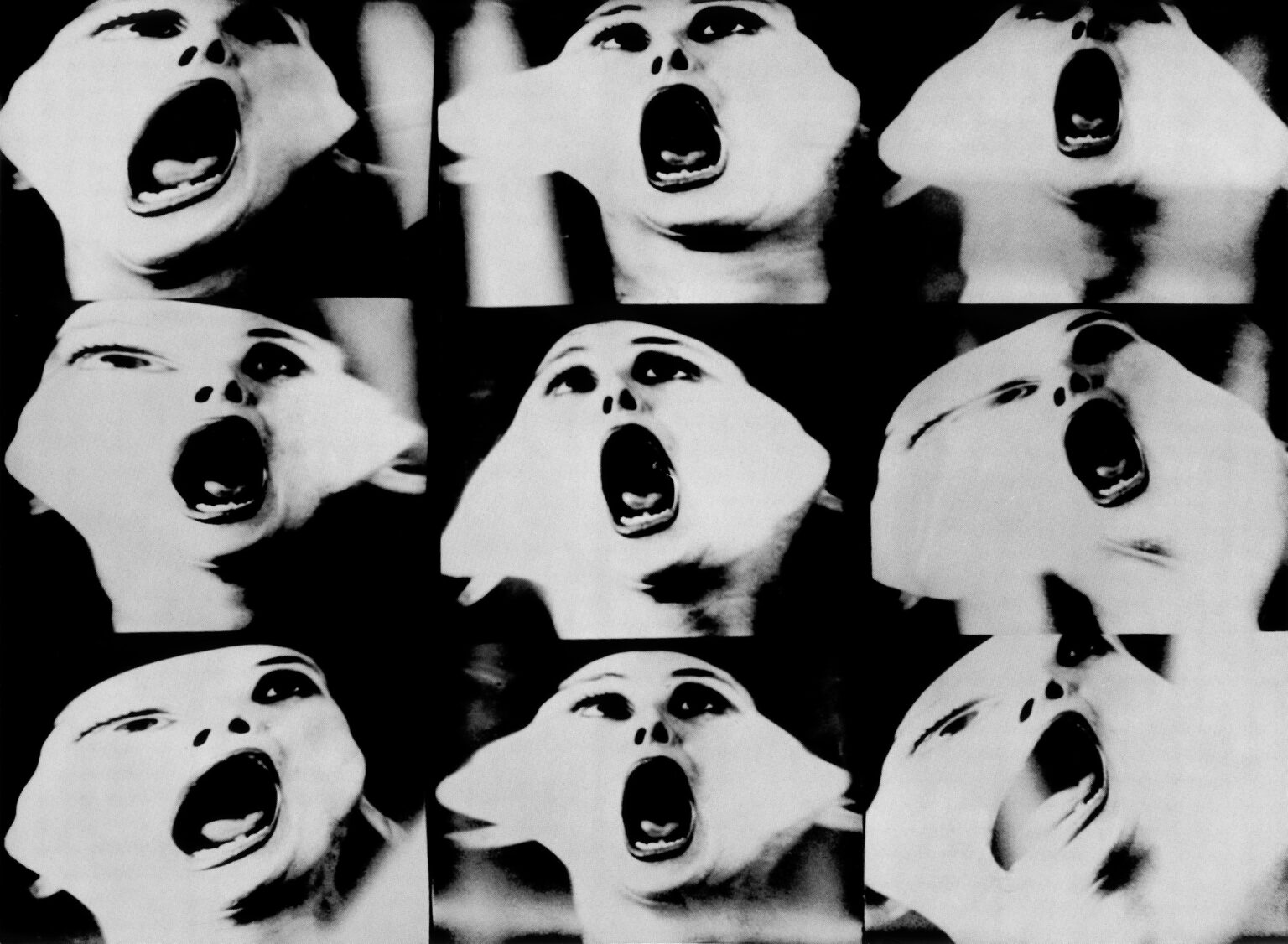 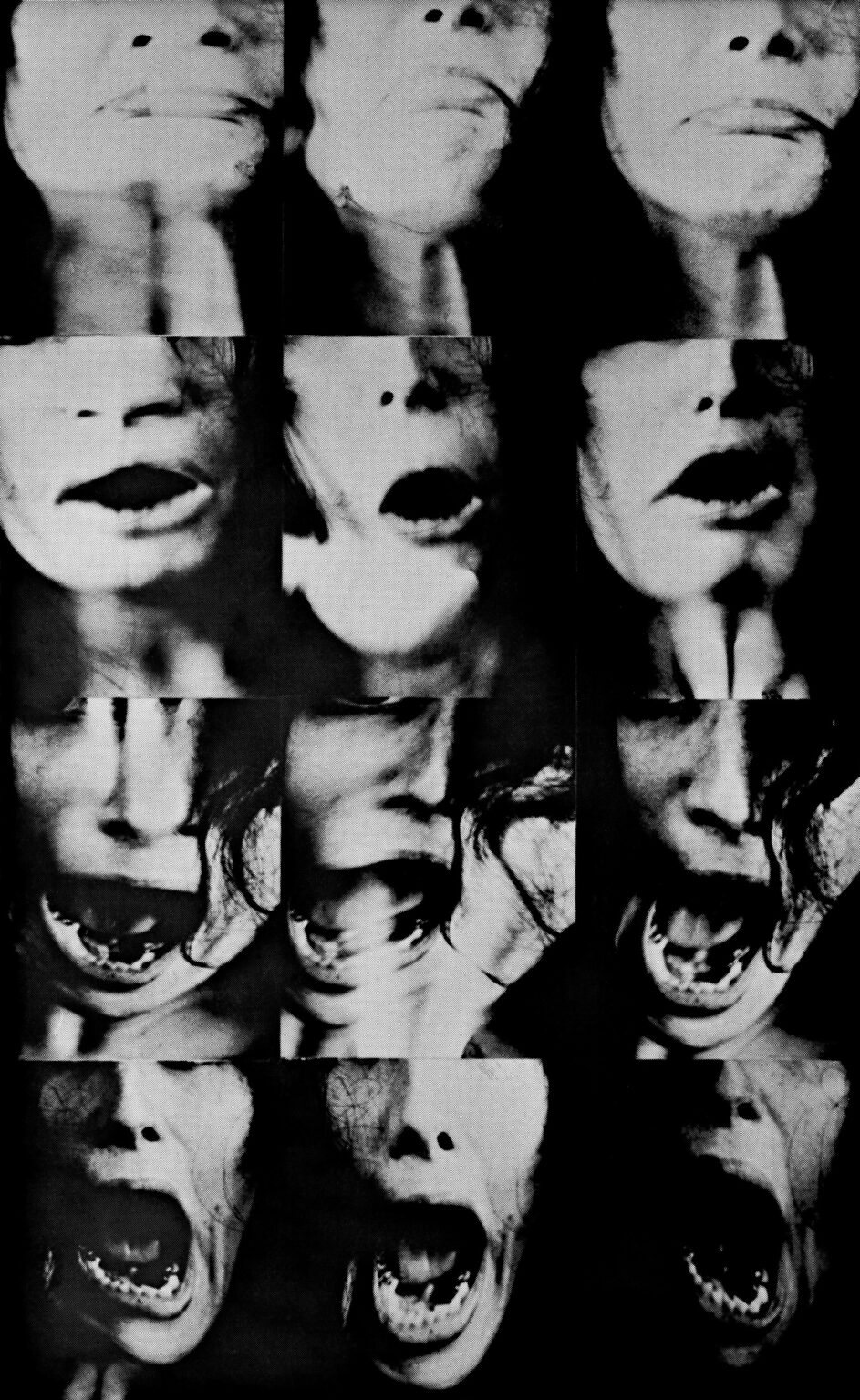 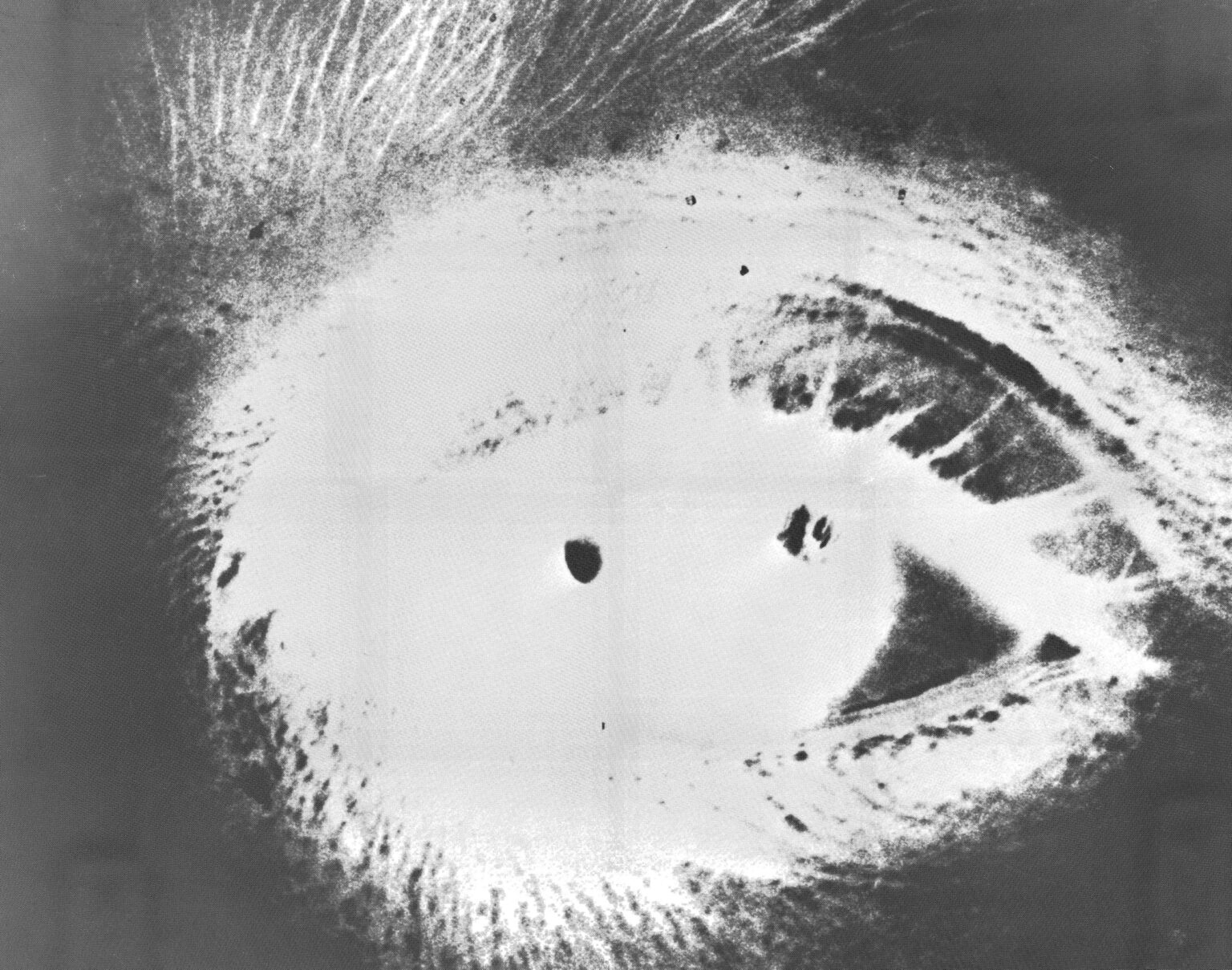 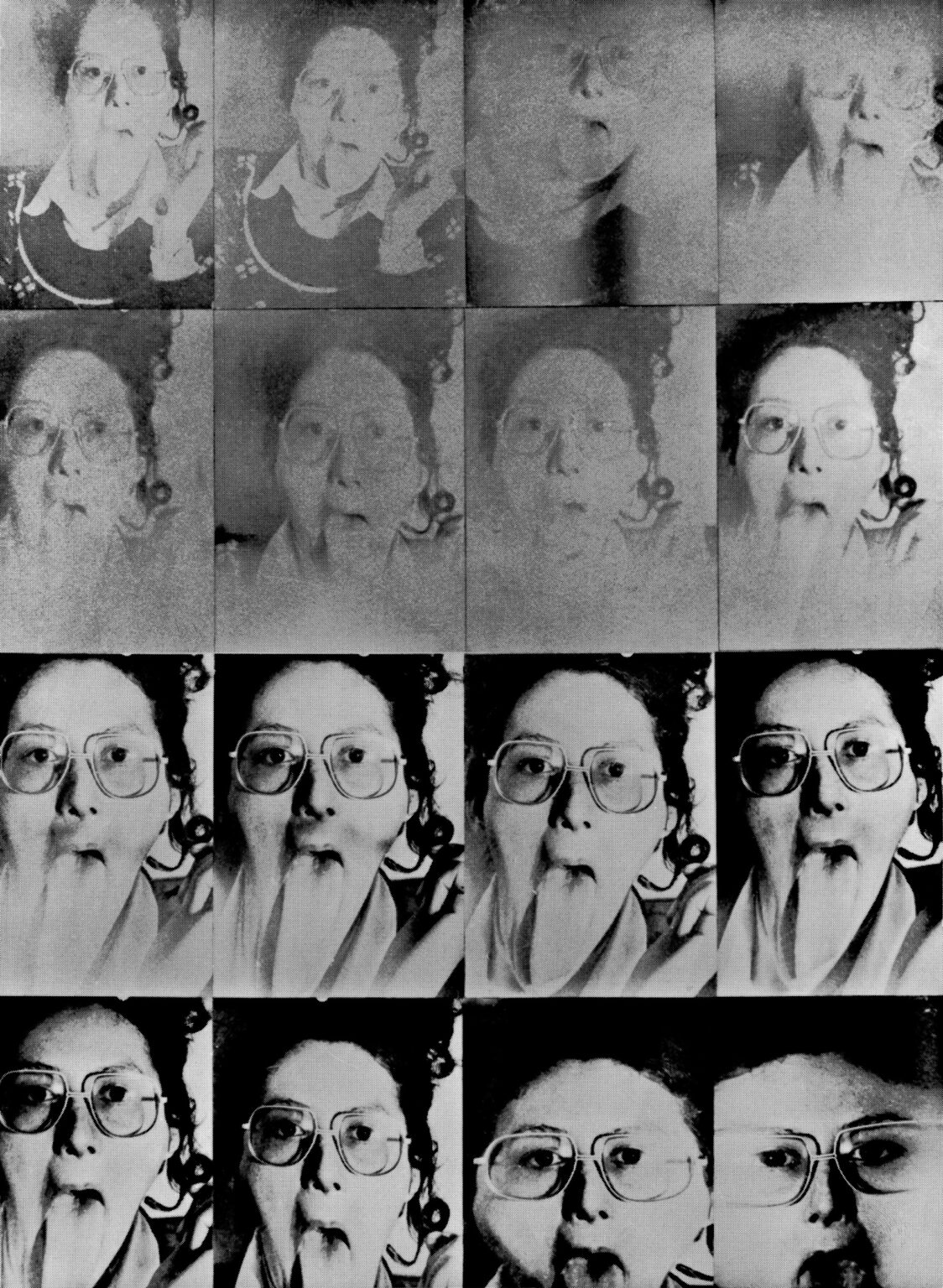 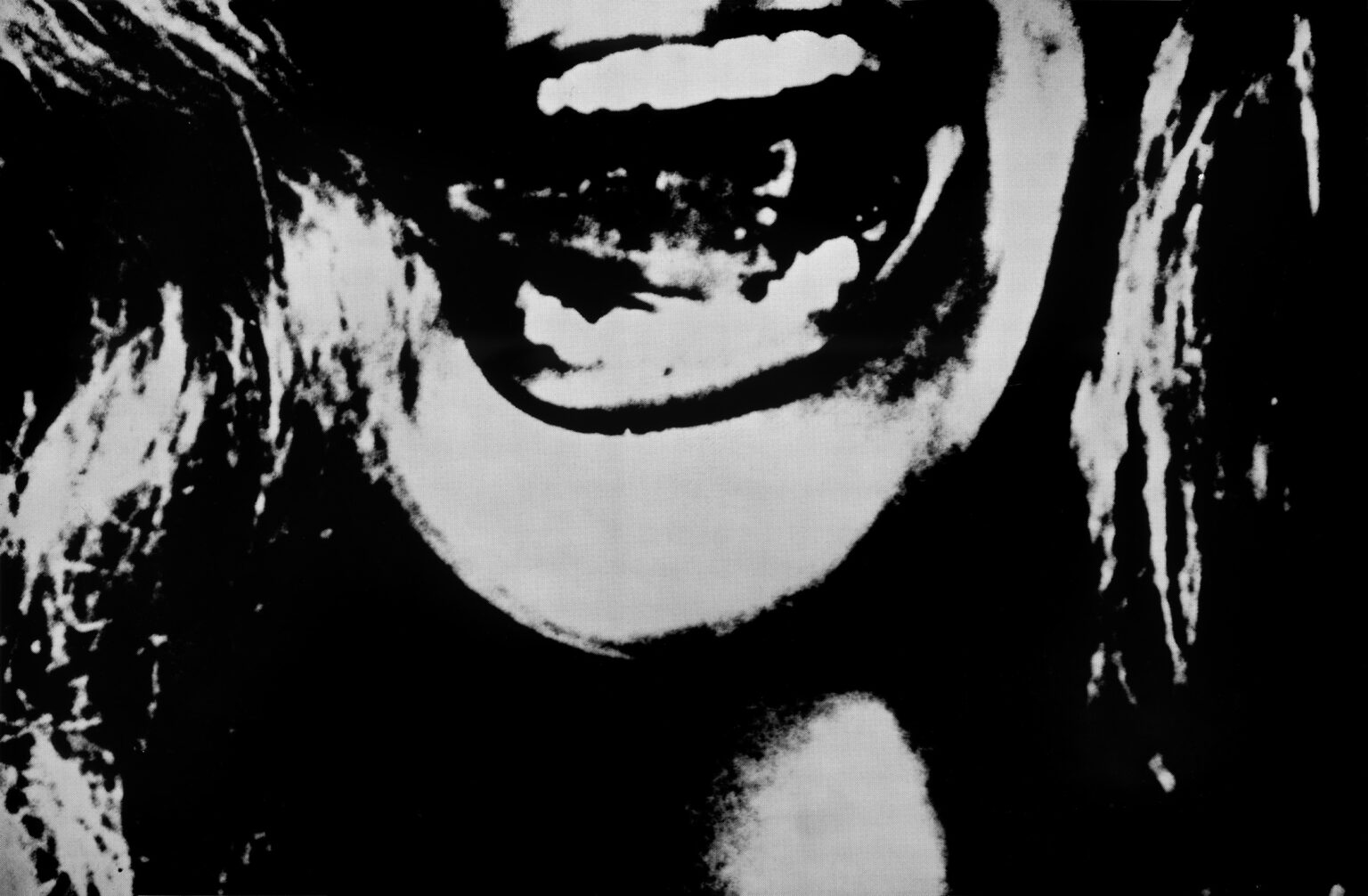 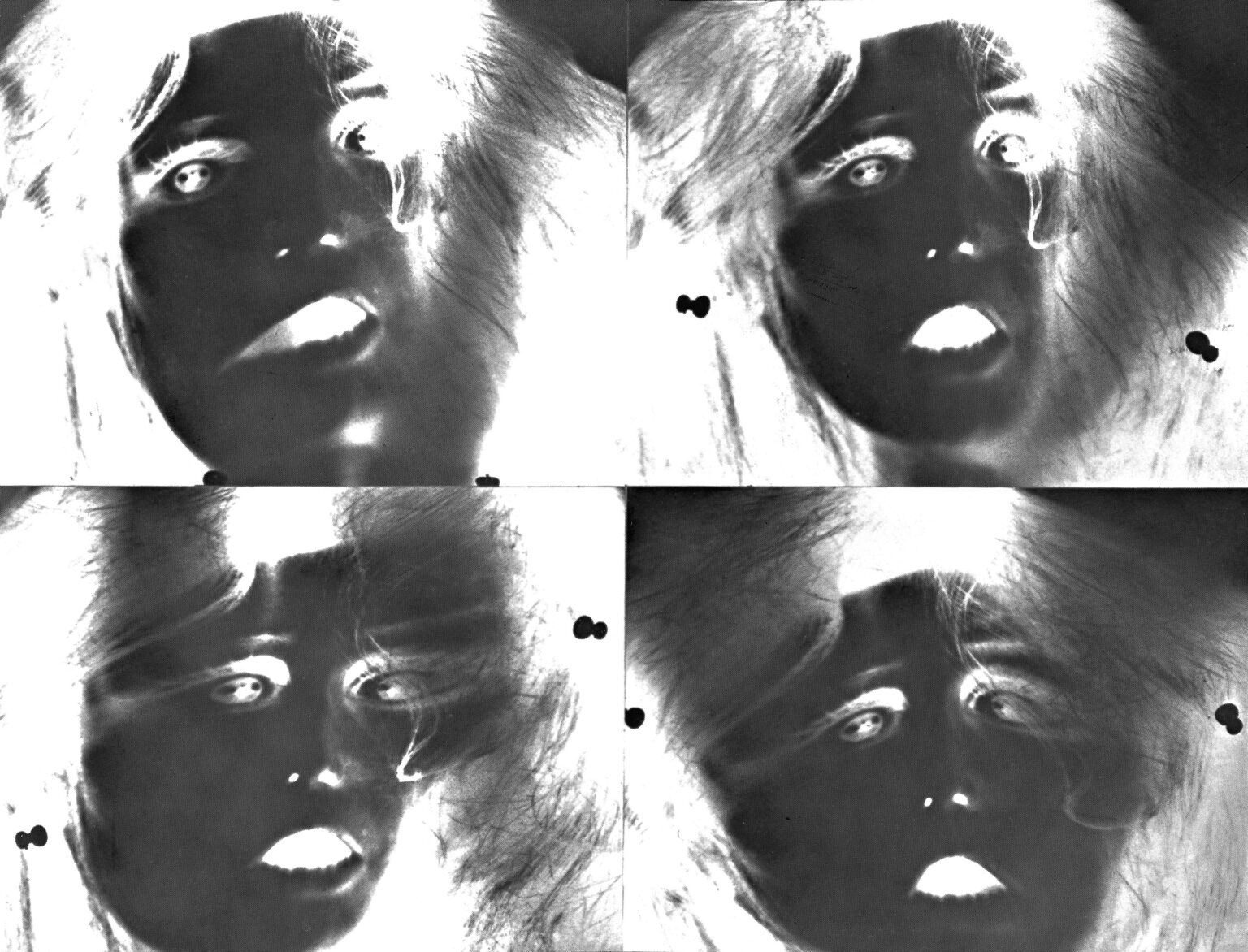 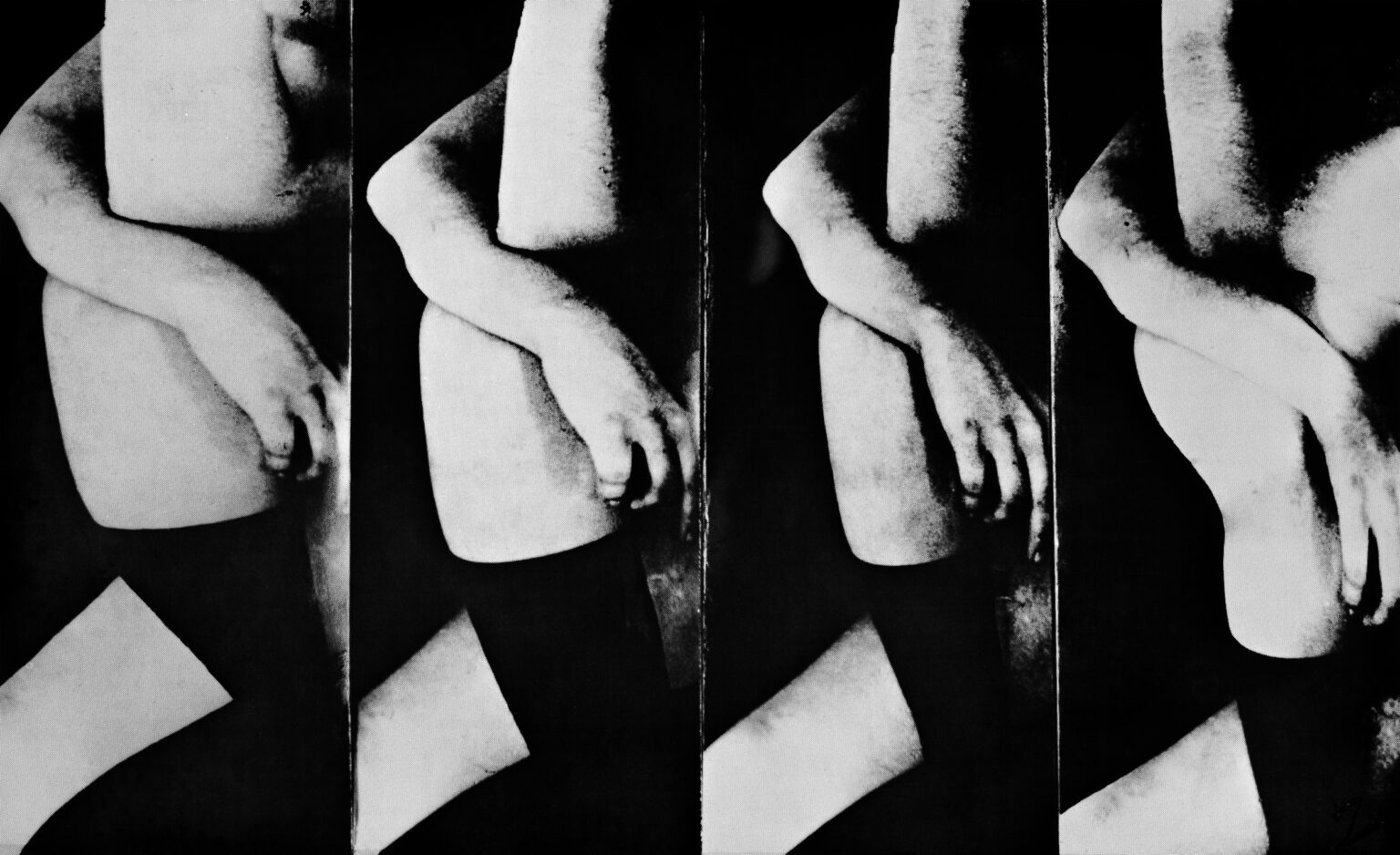 Alegre Sarfaty, Gretta, Gretta Alegre, Gretta Grzywacz, Greta Sarfaty Marchant, Gretta Sarfaty. All these are names of the same character: an artist born in Greece and naturalized in Brazil, who also embraced cities such as Paris, New York, Milan and London. After decades working relatively far from Brazil, Gretta came back and began to reconstruct the history of Brazilian art by reinserting her artworks retrospectively. Since then, she has defined the identity of Gretta Sarfaty, a name that serves as an umbrella to shelter all the Grettas she has been throughout her life – among transits and transformations.

This exhibition is built on the dialogue between the artist looking for a critique of her artwork and an artist-researcher who wants to see it as a whole and contemplate its complexity, as the extended body of a continuous creative process around the unfinishable task of stabilizing an identity. For “Retransformations by Gretta Sarfaty”, we selected a set of photolyths and paintings from the 1970s that elucidate her poetic’s core aspect: the overprojection of images in multiple layers, magnifying, mirroring, distorting, discoloring, recoloring, and translating between different media. The presentation of the artworks has been put together as a film montage of a loop in the exhibition’s space, the explosion of a linear narrative based on the obsessive accumulation of repetitions – from radical alterations to subtle dissimilarities.

The conversation between artist and curator has been performed as the reading of a fiction, collecting traces of a mutant character’s life, full of different names and territories converging onto a wide body of artworks. What we see together in this recompilation is analogous to what Bakhtin found in Dostoevsky’s work: “We see not who [the hero] is, but how [she] is conscious of [her]self; our act of artistic visualization occurs not before the reality of the hero, but before a pure function of [her] awareness of that reality”[i].

When the first reception of her psycho-auto-photos occurred, with works in paintings, drawing and photography, in the late 1970s, art critic Olney Krüse depicted the ambiguity of this persona: “Gretta, a young, beautiful, rich, elegant, married and very intelligent woman, could be too similar to the majority of her famous and ‘important’ colleagues, acting, so astutely, in Brazil’s visual arts. […] What happens is that this girl works while others cheat and lie”[ii]. Krüse deffended the set of artworks Gretta exhibited in 1976, at Galeria Global, in São Paulo, organized by Franco Terranova under the title “Metamorphosis”, highlighting two aspects: “First, a series of photographs showing Gretta’s face, pretty, natural, with no lies, no real nor imaginary plastic operation, ‘til the total distortion of a witch. After the photos, she makes amazing drawings.”

Almost fifty years later, the exhibition we present now at auroras is meant to recapitulate the various transformations of Gretta’s image by means of her artistic creation, as a dive in search of her own identity, passing through self-portraiture picturing her face and her body, as well as the general image of women’s body that is dissolved till the loss of facial figuration. Looking for something Gretta calls “essence”, the artist unfolds the images she makes of herself in a series of repetitions, the obstinate gesture that materializes a crisis, questioning the conditions of women and the stereotypes of femininity that insist on standardizing and limiting the potency of their lives.

In this show, we put together 40 pieces from the crowd of positive and negative photoliths made by Gretta to be reproduced into prints and books, comprised of the “Auto-Photos” (1975), “Transformations” (1976-77) and “A Woman’s Diary” (1977). Some were magnified to be projected on paper and canvas, becoming drawings and paintings. From the wide set of paintings, 10 of them are derived from “Transformations”, emphasizing Gretta’s faces, or “A Woman’s Diary”, focusing on her body. We also introduce an unfinished painting from the series “Body Works” Gretta begun right after, in 1979, but retaking its purpose later, since mid-1980s – pointing to the paths Gretta has going throughout the following decades, even nowadays.

Gretta’s work is obsessive and repetitive. It is built on the transposition of one image onto other surfaces. She distorts the images by manipulating the paper in the photofinishing process, juxtaposing layers of traces and colors in the magnified projections on sheets and canvases. Each image has a place in the large spectrum of introversion and extroversion that constitutes her work, deriving into pieces she titles adding numbers, subcategories for the replications of various parts and series, forming codes for different details picked from the same source image. Such repetitive work evokes the protagonist from José Saramago’s novel All the Names[iii], the methodic low-level clerk called Mr. José, who starts breaking with tradition and disrespecting established rules, thus opening space for an adventure of grotesque occurrences. The same happens with the retransformations by Gretta Sarfaty presented in this exhibition, the material traces of a verification: “the self-identity is an illusion”[iv].

Gretta Sarfaty, Greco-Brazilian artist, lives and works in the city of São Paulo.

Born in Greece, Gretta moved with her family to Brazil in 1954, where she explored several contemporary artistic languages since the mid-1960s. Her multimedia trajectory started from paintings, engravings and drawings and delved into the languages of photography, performance and video. Her artistic production was consolidated between Brazil, some European countries and the United States, over several years of tireless work with experimental scenes of the visual arts. A common aspect of her various works is the elaboration of a questioning of the stereotypical images of women and the search for a “feminine essence”, often working through the manipulation of self-portraits that transform and transit in the different media and supports with which Gretta unfolds her aesthetic investigations to the present.

Currently, her works carried out between the mid-1970s and early 1980s have become part of the collections of important cultural institutions, such as the Pinacoteca do Estado de São Paulo and the Museo Reina Sofia, in Madrid. Gretta Sarfaty is represented by Central Galeria and Galeria Nuno Centeno. 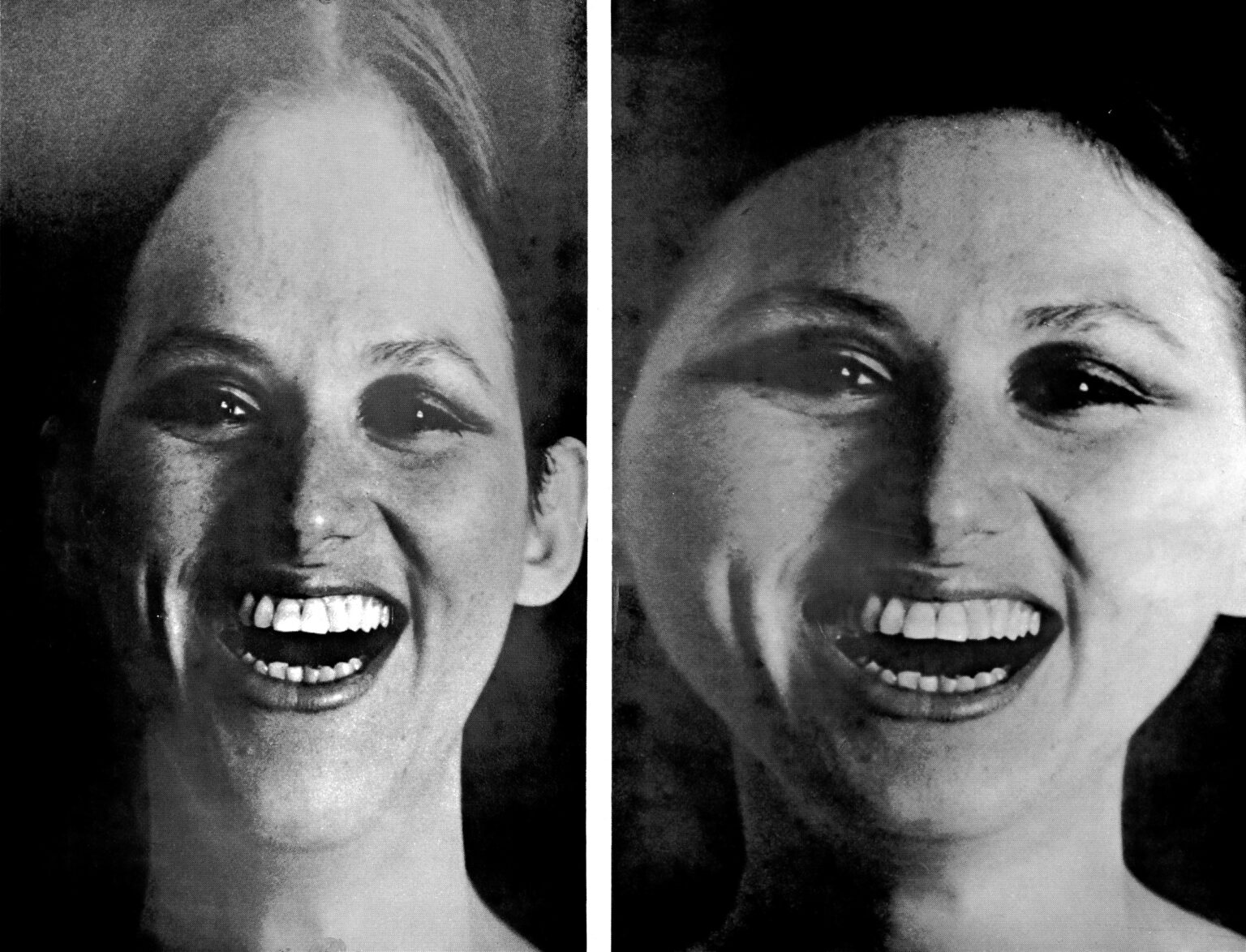